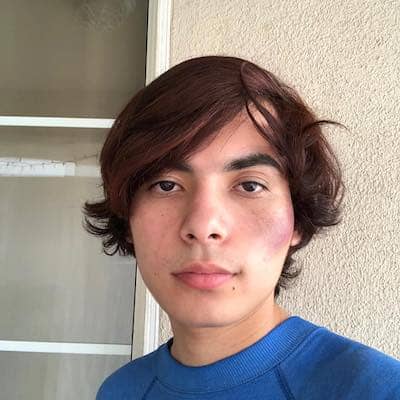 Josh Ovalle’s relationship status is possibly single. He has not shared the details of his affair or girlfriend.

Who is Josh Ovalle?

Josh Ovalle is an American director and YouTube star. He is most popular for his work in Minimum Max (2015), Spendtime Palace: Sonora (2017), and Two and a Quarter Minutes (2014).

His acted project Addy Daddy is under the post-production stage and will release soon.

He was born on 21 Aug 1998 in Seattle, United States. The name of his father is Wernher Ovalle and his mother’s name is Rose Ovalle.

Josh’s ancestry is Caucasian and has two brothers named Lucas and Elijah. Talking about his academics, he has not provided the details.

Josh Ovalle is not only a director but he is also an actor and writer. His directorial/writing projects are Spendtime Palace: Sonora (2017), Minimum Max (2015), and Two and a Quarter Minutes (2014).

He also produced a short video in 2018 titled The Norwegian Vampire Film. As an actor, he was seen in Minimum Max as Max, Spree as Bobby, and The Aubreys: Loved One as Joshua.

His works have been awarded and featured by several awards such as,

Besides, the above mention career, Josh is also a famous YouTuber with more than 317k subscribers. His channel was created on 13 June 2012.

Some of his uploaded contents are where I’ve been for the last 3 years, Entering the Mortal Realm w/ Finn, HOW THE MATRIX RUINED MY LIFE, and more.

At present, his net worth is estimated at around $500k US. Also, his salary from the screen career is not yet disclosed.

This filmmaker is keeping himself away from rumors and scandals at present.

Regarding Josh Ovalle’s body features, his height is 5 ft 7 inches and his body weight is 62 kg. He has black eyes and his hair is also dark brown color.

Moreover, his Twitter is followed by more than 145k people.