Joshua has two 'YouTube' channels and is known for pranks on celebrities, challenge, vlogs, and other fun related content. 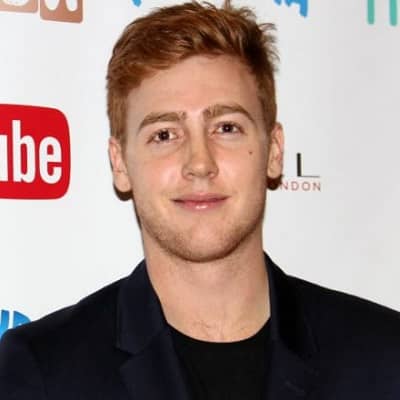 Josh Pieters is in a relationship with Eleanor Butler.

The duo also shares different photo together on their social media account. They are also spotted together in different places and events.

Who is Josh Pieters?

Joshua Pieters is better known as Josh Pieters. He has mostly played for the ‘South Western Districts’ under-19 cricket team.

Now, Josh Pieters does not play the game much and is more focused on his social media career. Joshua has two ‘YouTube‘ channels and is known for pranks on celebrities, challenge, vlogs, and other fun related content.

His mother’s name is Danielle Pieters. He has not given details about his father.

He has an elder brother named Jonty and a sister named Danielle. Josh seems to very close to his family members and keeps on posting their photos in his social media account.

Josh holds South African nationality and is of English ethnicity. There is no information about his academics.

Back then playing cricket in his high school, Josh Pieters’s aim was to get a place in the national cricket team. He was also selected for the South Western Districts’ ‘Under-19′ team as a batsman and a left-arm fast bowler. Josh played nicely but unfortunately didn’t get up to the ‘National Under-19’ team.

Also, after moving to the UK, he played with the ‘Burslem Cricket Club,’ Stoke-on-Trent. He was happy playing there and returned to Cape Town. He also offered cricket coaching to kids there. In 2015, he moved to London.

But after around a month, his health deteriorated. His dreams shattered when the doctor diagnosed ‘Glandular Fever’ and asked him to take complete rest.

Josh was recovering from his illness. He was living with Caspar Lee at that time. Caspar was planning to launch a clothing line of his own. He offered Joshua to join him. Caspar, who was also an established YouTuber, started featuring Josh in his vlogs. Their Roommate Joe also then created his own channel.
Josh then began appearing in several videos of Caspar and Joe’s individual channel. After Joshua gets recovered completely, he also thinks of creating his own channel. He finally set-up his self-titled YouTube channel, which has over 1.43M subscribers.
Joshua and Caspar are still sen together collaborating and creating different entertaining videos. Since they both are from Knysna, they collaborated to raise funds to help the victims of the fire.

His net worth is said to be from $1 million to $5 million. With more than 1 million subscribers on his YouTube channel, he must have good earning through it.

Through social media, Josh also endorsed and promoted a variety of brands like L’Oréal MEN EXPERT, Domino’s Pizza, and Fanta. So he also earns through it.

Till the date, he has not been in any sort of rumors and controversies.

Being a social influencer, Josh is active on most of the social media sites. He has around 402K followers on Instagram and 298.1K followers on his Twitter account.

Likely, his Facebook page also holds around 12K following. He has his own YouTube channel with over 1.43M subscribers.

Furthermore, he is active on Tik Tok with more than 29K following.

Also, get to know about other YouTubers like Life With Mak, Chad Franke, Mikey Manfs and, Sam Tsui.