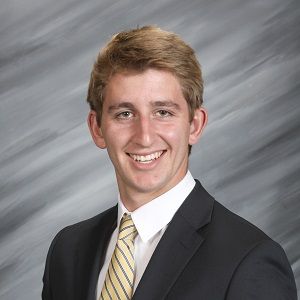 Josh Rosen is unmarried till now. He is in a relationship. He is having an affair with Zana Muno. She is also a sportsperson and plays for Bruins’ women’s volleyball team. They have many adorable pictures together and share it with their friends and followers on via their social media handle. However, there is no any news of their marriage or engagement yet.

Previously, he was dating a teen girl from The University of Arizona. The name of his girlfriend is unknown. Their relationship came out as they posted their picture hanging out in the hot tub. There is no information about their dating history.

Who is Josh Rosen?

Josh Rosen is an American football player. He currently plays college football as a quarterback for the UCLA Bruins at the University of California, Los Angeles. In 2015, Rivals.com named a five-star recruit and the top quarterback in the high school class. Besides football, he is also a tennis player. As a junior, he was a top-10 ranked tennis player.

Talking about his early life, Josh Rosen was born on February 10, 1997, in Manhattan Beach, California, USA.  He is the son of Liz Lippincott and Charles Rosen. His mother is a former journalist and his father is a spine surgeon. His nationality is American, but his ethnicity is mixed(Ashkenazi Jewish, English, French and Welsh). During his childhood, he was interested in tennis. At that time, he became a top-10 player in junior rankings. He later left tennis to focus on football.

Josh completed his high school education from St. John Bosco High School in Bellflower, California.  After high school graduation, he enrolled at the University of California, Los Angeles (UCLA) in 2014.

Josh Rosen began playing football while he was at St. John Bosco High School in Bellflower, California. During his senior days at St. John Bosco High School, he was named the Los Angeles Times Player of the Year. After high school, he began playing college football for UCLA Bruins at the University of California, Los Angeles. He became UCLA’s best quarterback during the spring of 2014.

In 2015, Josh was named a Freshman All-American. That same year, he won the Pac-12 Conference Freshman Offensive Player of the Year.  The following year, he earned honors from USA Today and Sporting News. In late 2016, he became seriously injured in a loss to Arizona State on October 8, 2016. After that, he missed the rest of the season. He then had a surgery on his shoulder. His salary is $480K and his net worth is unknown.

Currently, there are no any rumors about his personal life and professional career. In April 2016, Josh became a part of a small controversy when he showed his anger for Donald Trump. The young player spent his weekend playing golf at the Trump National Golf Club in Rancho Palos Verdes, California. After that, he posted a picture of him captioning it “F*** Trump”.

Josh is 75 inches tall. He weighs 100 kg. His other body measurements are unknown. His eye color is brown and the hair color is golden brown.