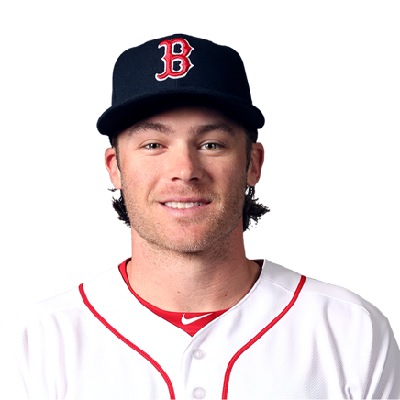 What is the relationship of Josh Rutledge?

On December 7, 2013, Josh married to Laura Rutledge. Laura is a reporter and Presentor for ESPN, CNN international and SEC Network. They lived in Birmingham, Alabama.

Together they have a daughter, Reese Katherine Rutledge, who was born on October 2, 2019.

Who is Josh Rutledge?

He is best known for his appearances in MLB as a player for Colorado Rockies and Boston Red Sox.

Currently, Rutledge is a Financial Advisor with Wells Fargo Advisors.

His brother, Michael Rutledge, is a member of the Cullman High School baseball team. He also contributes to winning the 2002 state championship.

He graduated from Cullman High School, located in Cullman, Alabama. From where he started to play baseball on a team.

In an early career, Rutledge played for Cullman High School as a four-year starter.

In 2007, he helped his team to win the state championship. He also holds the title of Class 5A Player of the Year given by The Birmingham News and Alabama Sportswriter Association.

When he joined the University of Alabama, then he starts to play for the Alabama Crimson Tide Baseball team.

From 2008 to 2009, he played the Amature baseball league called Collegiate Summer baseball in the Cape Cod Baseball League.

Rutledge contracts with many baseball teams between 2014 to 2017, which are listed below:

Rutledge retired from MLB after his appearances in the 2018 season for the Boston Red Sox.

Rutledge has dark brown eyes and black hair. His height is 5 feet and 10 inches and his weight is 75 kg.

Ryan has 61.5 k followers on Instagram and about 173 posts have already been published on her Instagram wall.

Ryan has around 29.1 k followers on Twitter. She joined Twitter in April 2011 and tweeted around more than 7 k tweets.