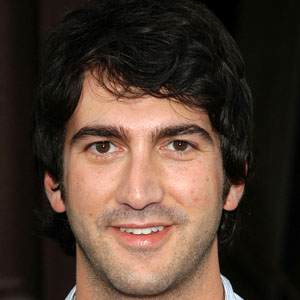 I want every character be an outsider in some way.

If it happened to me, it can happen to anyone.

You have to act like a responsible professional in the industry regardless of your age.

Josh Schwartz is a married man. He is married to Jill Stonerock on 20 September 2008. The couple has been blessed with two daughters and they are currently living a happy life.

His personal life isn’t in the limelight as his career path. He is successfully keeping his personal life far from the tabloids. Being a celebrity, his fans are always curious to know more about him.

Who is Josh Schwartz?

Josh Schwartz is an American screenwriter and television producer. He rose to fame for his television series Gossip Girl on the CW and The OC on Fox.

The son of  Steve (father) and Honey Schwartz (mother), Josh was born in Providence, Rhode Island. He was born on 6 August 1976 and named as Joshua Ian Schwartz. His parents were both toy inventors at Hasbro.

He is of Jewish ethnicity and has an American nationality. Since childhood, he has built up a strong interest in writing. He has won an essay writing competition when he was just 7. At the age of 12, he had a subscription to the entertainment industry newspaper Variety.

Schwarts studied at the Providence’s private Wheeler School. Then he attended film school to study screen and television writing at the University of Southern California (USC). He dropped out of the university to work as a full-time writer.

Josh Schwartz has won Nicholson Award for his autobiographical screenplay about his senior year in high school called Providence. But the award was canceled because he had to be in his junior year at the time.

Then Sony’s TriStar Pictures bought his first screenplay for a deal guaranteeing $550,000 and worth up to $1 million. He wrote a TV pilot called Brookfield for ABC/Disney. Similarly, he wrote another TV pilot Wall to Wall Records. His career took on a successful path when his pilot The O.C. was produced.

The pilot was written for Warner Bros. TV and Wonderland Sound and Vision. He became the youngest creator of a TV show at the age of 26. He has worked together with Bob DeLaurentis on supervising and approving the editors’ work on each episode in post-production.

Schwartz pilot The O.C became one of the teen favorites when it debuted on the Fox Network in August 2003. It was named “Guilty Pleasure of the Year” by VH1. He was nominated for Writers Guild of America award and People’s Choice Award for his pilot The O.C. He signed with Paramount to direct John Green’s young adult novel Looking for Alaska with producer Mark Waters. Similarly, he signed with Warner Bros.

TV to write and exec produce an action-comedy called Chuck. His pilot Gossip Girl became one of the very popular shows for The CW. He worked together with Stephanie Savage to launch the production company Fake Empire. He is also a creator of Dixie starring Rachel Bilson.

In 2017, he became the writer and executive producer of the series Dynasty for The CW Network. This show is still running.

His success in career path has paid him well financially making his net worth estimated to be $70 million.

Moreover, the average salary of a TV producer is around $54k per year.

Unlike others, Josh Schwartz’s body measurement is not known. There is no record regarding his height and weight. He has an average body type.

He has dyed his hair dark brown and his eye color is also dark brown.