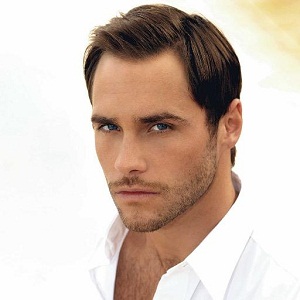 What is the relationship of Josh Strickland?

Josh Strickland is a married man. He is married to his longtime boyfriend, Todd DuBail. The couple tied the knot on 7 March 2015.

They married in a lavish ceremony at the Scotch 80s home of Holly Madison and Pasquale Rotella in Las Vegas. Todd proposed him on 23 October 2013, on Josh’s 30th birthday.

During their wedding, their close friends and family members were invited,

Who is Josh Strickland?

Josh Strickland is an American singer and actor. He is best known for his role as Tarzan in Disney’s production of Tarzan on Broadway at the Richard Rodgers Theatre.

What are the birth facts of Josh Strickland?

Strickland was born as Joshua Strickland on October 23, 1983, in Charleston, South Carolina, USA.

Other than this, nothing much is known about her parents, siblings, ancestry, etc. Josh is adopted and he met his biological mother in the year 2011.

During middle and high school, Josh was a member of a theater company called The Charleston Youth Company which has been serving area youth since 1978.

He attended high school at the Charleston County School of the Arts and graduated from Middleton High School in Charleston. He attended the College of Charleston, where he studied voice.

Josh Strickland first appeared on season 2 of Fox TV’s American Idol.  In March 2007, he appeared as himself on All My Children. Josh, then went on to star as Tarzan in Disney’s production of Tarzan on Broadway at the Richard Rodgers Theatre.

The production’s run ended after some 14 months and Strickland performed the final show along with the rest of the original cast, minus Shuler Hensley. Hensley had left the production to work on the new Mel Brooks musical Young Frankenstein and was replaced by Rob Evan. The final performance was on July 8, 2007.

In 2009, Strickland became an original cast member of Peepshow in Las Vegas. He befriended his costar Holly Madison and could be seen regularly in her television reality show Holly’s World. Strickland is also a friend of Laura Croft, Miss July 2008 Playboy Playmate as well as a stage actress and dancer Angel Porrino.

On February 16, 2011, Strickland debuted his first-ever solo artist single on iTunes titled “Report to the Floor.” The track was co-produced by Grammy Award-winning producer Damon Elliott and by Norwegian pop/dance producer Axident. This was closely followed by his second single titled “Last Dance”.

On September 12, 2013, Strickland was cast as one of the lead roles in VEGAS! the Show, performing as Elvis and other iconic artists in the world-famous “Vegas-themed” musical showing at the Saxe Theater inside Planet Hollywood Resort & Casino’s Miracle Mile Shops.

He had several TV performances with Phil Collins on shows such as “Good Morning America,” “The Today Show,” “The Early Show” and “The View.” Other credits include ABC’s All My Children where he played himself and the National Tour of Rent where he performed the roles of Mark and Roger.

Strickland was honored with Outstanding Individual Performance in Play It Cool for his role of Will in the New York Music Festival 2008 ‘Best of Fest’ Awards.

His salary is unknown, he has a net worth of $500 thousand.

Is Josh Strickland involved in any rumors and controversies?

Strickland was rumored to have been dead, which later turned out to be a death hoax. Other than that, there have been no other significant rumors or controversies regarding him.

Josh Strickland has a height of 6 feet with an average weight. He has dark brown hair and blue eyes.