Joshua Bassett is a singer, songwriter, teen sensation. He is not straight regarding his sexuality.

He is a Queer. He opened up about his sexuality during a virtual interview with Clevver News. He just couldn’t stop admiring the Watermelon Sugar singer, Harry Styles.

In June 2020, he was often seen hanging out with Sabrina Carpenter. When asked if they were dating, they always stayed mum.

Also, there were rumors of Joshua having an affair with his High School Musical co-star, Olivia Rodrigo. 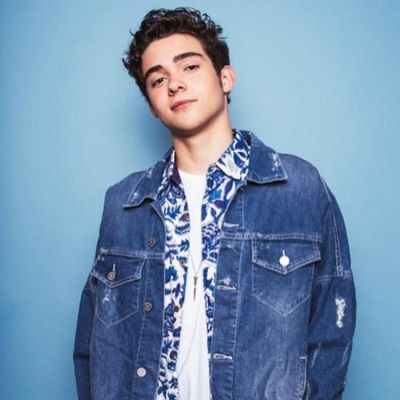 He is a very classy man. He’s also very well-rounded and kinda does it all – acting, singing, fashion.

I think he’s just a nice guy, doesn’t say too much, when he talks, it matters. He’s just cool – who doesn’t think Harry Styles is cool?

Who is Joshua Bassett?

Joshua Bassett is an American actor, singer, plus songwriter. He appeared in TV shows like Lethal Weapon and High School Musical series.

Joshua wrote and sung the song Common Sense which he on Instagram. He can also play the piano and guitar.

Joshua Bassett was born as Joshua T. Bassett on Dec 22, 2000, in Oceanside, California, US. His father is Taylor and his mother is Laura.

Talking about his education, he was homeschooled.

Joshua Bassett from the age of seven started to appear in musical theater productions. He was also featured in several commercials.

Then in 2017, Joshua was seen in an episode of the TV series Lethal Weapons as Will. His other single episode role was seen in 2018 with TV shows Game Shakers and Dirty John as Brock and John respectively.

After this, in 2016, he grabbed a recurring role of Aidan Peters in Stuck In The Middle. It is a TV series about the comedy genre which was aired on the Disney channel. The show ran from Feb 2016 to July 2018.

It was aired on Nov 8, 2019, and is still running. The other main casts of this show are Olivia Rodrigo as Nina, Matt Cornett as E J Caswell, Sofia Wylie as Gina Porter, Julie Lester as Ashlyn Caswell, and more.

Bassett has brown hair with light brown eyes. His height is 5 ft 11 inches and his weight is 70 kg.