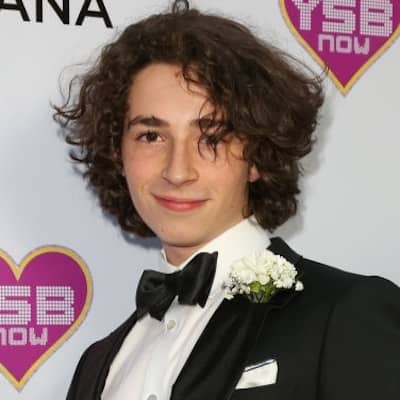 Joshua Carlon at present is in a romantic relationship. He is dating a girl named Georgia T. Willow who is an actress.

Their affair was started in the year 2017 and are still together. On Feb 9 of 2021, he wished his girlfriend’s birthday. He posted a series of pictures and has shown his love via lovey-dovey caption.

Who is Joshua Carlon?

Joshua Carlon is an American actor who also gives voice to animated characters. He is most popular among the public for his roles in Richie Rich, Junk Drawer Magic, and more.

He was born as Joshua Kylar Carlon on 09 Oct 2001 in Los Angeles, California, USA. The name of his father and his mother is not yet disclosed.

Joshua’s ancestry is Caucasian and has an actress sister Madison Carlon.

Talking about his academics, he has not disclosed the particulars to the public.

Joshua Carlon is an amazing actor and has appeared in several screen projects. He has done only four movies as of now. His movies are Jack’s Toys, Winning Ugly, The Crossing, and Its Not Fair.

He is popular for his appearance in the TV series Richie Rich (2015) as Murray and Junk Drawer Magic (2015-16) as Josh. Joshua’s debut acting role was in Dinosaur Train as Co-Star.

Moreover, his other notable-screen projects are,

At present, his estimated net worth is around $1ook US. Also, his salary from the acting career is not yet revealed.

Regarding Joshua Carlon’s body features, his height is 5 ft 11 inches and his body weight is of normal shape. He has light brown eyes and his hair is in dark brown color.