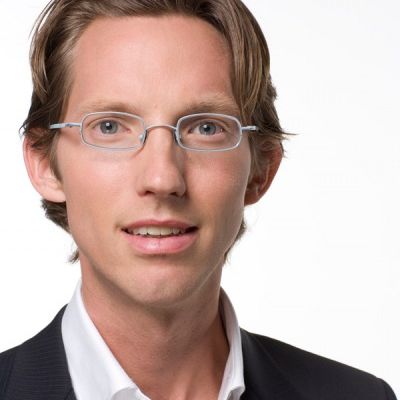 He keeps quite a low-key profile when it comes to his personal life.

Who is Joshua Davis?

His book Spare Parts, published in 2014 has been a New York Times bestseller and named one of the best new books by Amazon and the BBC.

Joshua was born in the year 1974 however, he hasn’t yet disclosed his birth month and date. According to his birth date, he is 47 years old as of 2021.

He is the son of producer Peter S. Davis (father) and Miss Nevada winner Janet Hadland (mother). Talking about his education, he went to The Mountain School and Marin Academy.

Similarly, he graduated from Stanford University majored in Economics and Modern Thought and Literature.

Joshua has been contributing as an editor at Wired for 14 years. He has written for The New Yorker, GQ, Men’s Journal, Men’s Health, Outside, Maxim, and Food & Wine.

Similarly, he is the writer of the New York Times bestselling book, Spare Parts, which grew out of his article ” La Vida Robot”.

Also, the book was adapted into the movie Spare Parts, starring George Lopez, Jamie Lee Curtis, and Marisa Tomei. In 2005, Davis’s published his first book, The Underdog through Random House.

In 2013, Davis formed Epis Magazine, a magazine, and production company specializing in unusual true stories along with Joshuah Bearman.

They have sold more than twenty articles to Hollywood and produced two films. He has produced the short documentary series, “Moon Shot” alongside J. J. Abrams and Bad Robot.

Joshua has been nominated for several awards such as the National Magazine Award (2014), the Lukas Book Prize and anthologized in multiple editions of “The Best Technology Writing.”

Recently, he was nominated for the 2021 Independent Spirit Award as an executive producer of Little America.

Joshua was kidnapped in Libya while reporting an article for Men’s Journal in 2012.

The writer might have accumulated a handsome amount of fortune from his successful career. However, Joshua hasn’t yet disclosed his exact salary, earnings, and assets details till now.

Joshua has a towering height. Likewise, he has a blue pair of eyes and his hair color is brown. However, the measurement of his height, weight, and other body stats aren’t available in the media.

Similarly, he has more than 6.6k followers on his Twitter account. He is also active on Tumblr. Davis shared his email id [email protected] for any business inquiries.