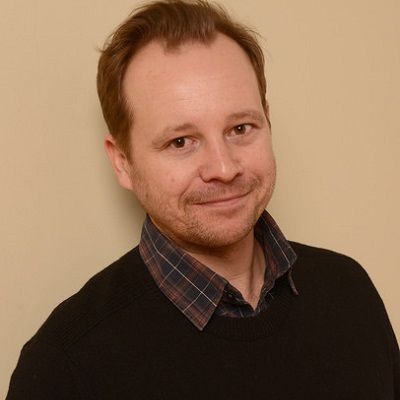 Joshua Harto is married to Liz W. Garcia. They married on 12th October 2008 at the Carneros Inn in Napa, California. Their marriage was officiated by Ali Berlin who is a Universal Life Minister.

Liz is a consulting producer and writer of CBS series, Cold Case. She is the daughter of Baxter Garcia and Claire Watson Garcia. They met during an episode of Cold Case.

Together, they have a son. Similarly, he owns a small Brazilian black-tailed monkey named Chad Billings.

Who is Joshua Harto?

Joshua Harto is an American actor, television producer, and writer. As a writer and actor, he is known for the Bridge of Spies, The Dark Knight, and Iron Man.

In the year 2020, he will play the role of Policeman in post-production, Ma Rainey’s Black Bottom.

Joshua Denver Harto was born on 9th January 1979 in Huntington, West Virginia, US. He is the son of Virgil Harto Jr. and Beverly Holley. Unfortunately, his father was killed in an alcohol-related collision on 13th July 1991.

Joshua educated from the Alexander W. Dreyfoos School of the Arts in West Palm Beach, Florida.

In the year 1996-1997, Joshua appeared as Will in The Mystery Files of Shelby Woo. After that, he appeared in Law & Order, Swimming, Strangers with Candy, Chaperone, The Believer, and Oz.

In early 2000, he appeared on Law & Order: Special Victims Unit, Third Watch, The Practice, Ordinary Sinner, Campfire Stories, That’s So Raven, The Guardian and others.

After that, Joshua’s role includes in Peoples, Crossing Jordan, American Dreams, Without a Trace, Cold Case, JAG, McBride: The Doctor Is Out… Really Out, Invasion, Veronica Mars and others.

His recent roles include in The Lifeguard, Justified, Bridge of Spies, Gold, The Last Word, Deception, Get Shorty, Blue Bloods, and Gutterbee.

As a writer, Joshua worked in Memphis Beat. He wrote four episodes of the TV series.

His work as an executive producer includes 19 episodes of Memphis Beat. He produced The Lifeguard and One Percent More Humid.

Similarly, he worked as executive producer in pre-production Striker Force 7.

Joshua has brown hair and eyes. He is 5 feet 9 inches tall.