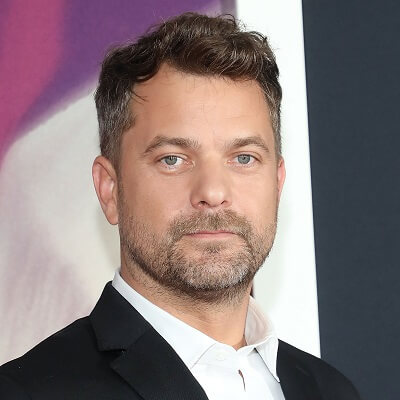 The anti-elitist values in America, I think, are very destructive to education

I think Uma Thurman is one of God's creatures, one of the most beautiful women I've ever seen

I love Vancouver. I can be with my family, I can reconnect with the guys. It will always be my home

Nobody criticizes the 'Mighty Ducks' trilogy and gets away with it. Nobody

If I only dated actresses, I'd be a very lonely man.

Joshua Jackson is a married man. He is married to Jodie Turner-Smith. She is a well-known British model and actress famous for her works in Nightflyers, The Last Ship, and Queen & Slim.

The couple unofficially started dating since Usher’s 40th birthday party in October 2018. After some time, the couple started posting pictures and videos of each other on Instagram.

On August 2, 2019, the couple was spotted picking up a marriage license at a courthouse in Beverly Hills with Jackson’s mother, Fiona. They confirmed their wedding when they appeared for Queen & Slim at AFI FEST wearing rings. Their exact wedding date still remains unknown.

The couple’s representatives confirmed on April 21 that the couple has welcomed a baby daughter.

Who is Joshua Jackson?

Joshua Jackson is an award-winning Canadian-American actor. He is well-known for his work in Dawson’s Creek, The Affair, When They See Us, Cruel Intentions, etc. He has won three Teen Choice Awards for his performance in Dawson’s Creek.

Joshua Jackson was born as Joshua Browning Jackson Carter in Vancouver, British Columbia, on June 11, 1978. As of 2020, his age is 41. He was born to parents John Carter(father) and Fiona Jackson(mother). His father is an American whereas her mother is Irish. Her mother works as a casting director. He has a sister named Aisleagh and two half brothers, Jonathan and Lyman.

He spent eight years in California growing up before moving to Vancouver. Josh decided to become an actor when he was 11. His mother, being a casting director, knew how cruel an acting career could be. So, in hopes of discouraging him took him to his first audition. However, he landed a role in a commercial for Keebler’s potato chips that day.

His ethnicity is Irish, American.

Talking about his education, he studied in different schools as he had to move because of his parents’ divorce and for some other reasons. First, he studied Ideal Mini School in Vancouver and then switched to Kitsilano Secondary School.

Joshua Jackson has an estimated net worth of around $12 million. His primary source of income is acting. Some of his movies and TV Shows have earned a huge amount of money in the box office.

There is no information about his salary. An average actor in America earns around $45k a year. However, he is expected to earn much more than that.

Joshua Jackson made his movie debut in 1991 in Crooked Hearts with a small role. After that, he landed a role in The Mighty Ducks.

In 1998, he landed a significant role in the popular TV series, ‘Dawson’s Creek‘. He featured as Pacey Witter on the show alongside some other talented actors such as Katie Holmes, Michelle Williams, and James Van Der Beek. The show lasted till 2003. In between that time, he also appeared in various films such as Cruel Intentions, The Skulls, The Safety of Objects, The Laramie Project, etc.

After the series ended in 2003, he started starring as the lead actor in several movies. He started in Americano alongside Dennis Hopper. Following that, he starred with Harvey Keitel in Shadows in the Sun and with Donald Sutherland in Aurora Borealis. In 2008, he played the lead role in Shutter.

From 2008 to 2013, he portrayed the lead character, Peter Bishop in the science-fiction TV series, Fringe. He made his theatrical debut in Broadway as James Leeds in Children of a Lesser God in March 2018.

In 2019, he starred in the critically acclaimed Netflix drama, When They See Us as Mickey Joseph, a defense attorney.

Jackson stands tall at a height of 6 feet 2 inches. He weighs around 80 kg. He keeps his body fit and has a chest and biceps size of 40 inches and 14 inches respectively. His hair color is dark brown and his eyes are green in color.

Jackson was arrested on November 9, 2002, charged with assault, affray, public intoxication, and disruption. It was a Carolina Hurricanes hockey game where he had a quarrel with a security guard. He was then arrested on four charges. Later, the assault charge was dismissed. He performed 24 hours of community service to dismiss the other charges.

You may also like to read the Age, Bio, Career, Body Measurements, Net Worth, Relationships, and more about Katie Holmes, Michelle Williams,  James Van Der Beek, and more.