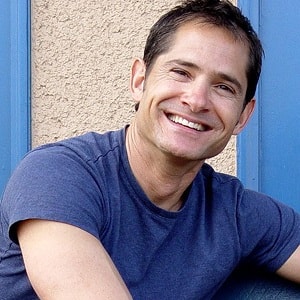 “The ones who fight each other because of their own beliefs are like specks of dirt fighting each other about the nature of their world, refusing to see that they are all in the same mud puddle on the side of the road.”

Joshua Kadison has been successful in maintaining his personal information secret. He once dated Sarah Jessica Parker but their relationship status after that period is unknown.

Who is Joshua Kadison?

Joshua Kadison is an American singer-songwriter, writer, and pianist. He is best known for the Top 40 hits ‘Jessie’ and ‘Beautiful in my Eyes’ which is included in his debut album ‘Painted Desert Serenade’.

He was born on February 8, 1963, in Los Angeles, California. He is currently 55 years old. His mother’s name is Gloria Castillo and his father’s name was Ellis Kadison. His birth sign is Aquarius. He holds American citizenship but his ethnicity is unknown.

There is no information available about his school and college history as he has kept secret. However, it is under review.

His song ‘Beautiful in My Eyes’ became an international hit and is often played at weddings. That song peaked at #19 in the U.S. Billboard charts. His songs ‘Jessie’ and ‘beautiful in My Eyes’ reached the UK top 40 and ‘Jessie’ remained 15 weeks in the UK Top 75 with the releases of the song combined.

He came up with his second album ‘Delilah Blue’ but it was not so successful as his first album. That song was released as a single in Australia.

He published his book ’17 Ways To Eat A Mango: A Discovered Journal Of Life On An Island Of Miracles’ in 1998 and he released 5 track album ‘Ssaturday Night In Storyville’ and sold it predominantly from his website. He got his huge following from Germany after that publication.

Joshua released his another album ‘Trobador In A Timequake in 1999 and he included ‘My Father’s Son’ in which he wrote about his father, Ellis Kadison, who had recently died.

He then signed a new deal with EMI Germany and he released his album ‘Vanishing America’ in May 2001. The song described the people who do not realize their own beauty and their potential. But, the album was not distributed in the US.

Joshua relaunched his career on his self-run website ‘Radio Humanity’ in 2005, and later bought back his previous website address and re-launched it. EMI released a collection in 2006 in which all the three full-length studio albums and additional three selections which were formerly on B-Sides. He continued to update his website with a regular letter in 2007 and he toured Germany in the Spring.

He released album ‘Return Of The Dragonfly’ in 2008 and again made his tour in Germany. Joshua told that he would no longer perform his older songs and spend his time studying bansuri, which is a seven-hole bamboo flute.

He allows his audience to request him and he tries to answer the questions at the end of his concerts. He occasionally performs after 2012 and he is following other interests and pursuits.

He won the BMI Award for one of the most played songs of 1994.

He has an estimated net worth of around $11 million and his main source of income is from his professional career. His salary and income are under review.

He has long been openly gay, which he often mentioned in his blog. His reputation was neither affected nor his sales diminished.

He has a height of 5 ft. 10 inches and he weighs 73 kg. He has dark brown eyes and light brown hair.