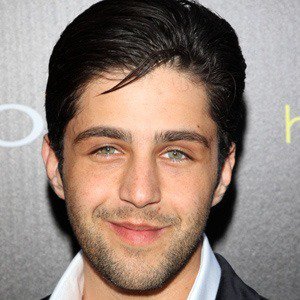 Anytime where you're challenged, physically or mentally, you rise to the occasion in different ways

I grew up as a really sick kid

Josh is believed to be in some relationships in the past. He had a long time girlfriend, Paige O’Brien who happens to be a film editor.

Josh Peck got engaged to her in a low-key ceremony in 2016. The two were married in a small ceremony on 17th June 2017. They tied the knot in front of their close friend and family.

Who is Josh Peck?

Josh Peck is an American actor, comedian, voice actor, director, and Vine star. He started young and has done notable roles in many TV shows and movies.

His best characters include that of Josh Nichols in Nickelodeon sitcom ‘Drake and Josh’, and of Gerald in ‘Grandfathered’. He lured the young audience with his various characters in ‘The Amanda Show’.

He has never seen or met his biological father because his mother became pregnant, his parents had not married and when he was born they had separated. His mother, Barbara is a career coach.

Josh Peck was born and raised in a single-parent household. He stayed with his mother, Barbara Peck, and maternal grandmother. The name of his biological father is not known. He is very close to his mother. He owns a pet fish called Beefy and a dog named Monster.

He suffered from childhood asthma which necessitated him to remain indoors. He used to spend his time watching television shows. At the age of 8 years, his interest to participate in stand-up comedy emerged. He soon joined the theater.

He studied at P.S.40 and later at The Professional Performing Arts School.

Josh Peck started performing at TADA Youth Theater and Caroline’s Comedy Club. He was picked up for acting in ‘The Amanda Show’. His first film was ‘Snow Day’ (2000).

More acting opportunities came his way which he accepted and performed well. He was appreciated for his role in ‘Mean Creek’. He took the direction for films and music videos.

Josh Peck: Salary and Net Worth

Josh’s salary is unknown and his net worth is estimated to be $2.5 Million.

There were rumors of Josh Peck’s affairs with Hollywood actress, Famke Janssen, and American socialite, Hanna Merjos in 2009. But the reports were neither confirmed nor denied by the involved parties.

He supported Caitlyn Jenner and sexual minorities. He did not mind working with Curtis Lepore even after the latter was accused of rape of his girlfriend. He was criticized for this act.

His work has received critical acclaim and the audience and critics have lauded his performances. He has not been involved in any major scandal to date. He is respectful of his colleagues.


Josh Peck has a height of 6 feet. His body weighs 81.5kg. He has dark brown hair and green eyes.