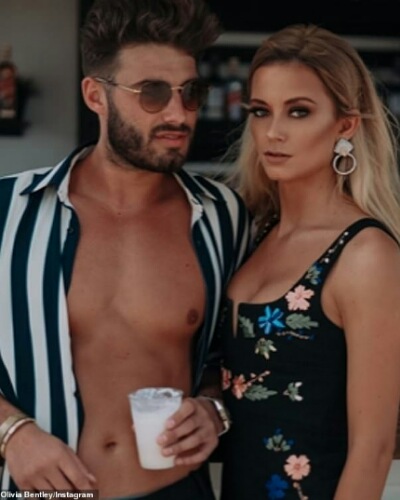 Have they coupled up? There are some reports that the stars of Celebs Go Dating, Joshua Ritchie and Olivia Bentley are dating albeit secretly! Is it true?

There are reports abound that the stars on the show Celebs Go Dating, Joshua Ritchie, 25 and Olivia Bentley, 24 are secretly dating each other. The series is on air on E4 channel from Sundays to Thursdays. They are said to have got close on meeting on the show. An insider revealed:

“Josh and Olivia have been getting on like a house on fire. They started seeing each other in secret at the beginning of February and their romance has really blossomed.

“Until recently they had really tried to keep their feelings for each other private for the sake of the show.

“But it was impossible for them not to be flirty and tactile in group situations with the rest of the cast, so it soon became common knowledge.”

Joshua Ritchie and his past relationship

Prior to this secret relationship, Joshua was dating Charlotte Crosby for two years. But the couple split in November 2019. When Charlotte came to know about Joshua joining the show Celebs Go Dating, she was enraged and said:

“So a bit of a revelation today, I am shocked, shocked to say the least but when you’re sitting in Dubai and you find out that your ex-boyfriend who you didn’t think was like this at all, is going on Celebs Go Dating…

‘I’m not going to f***ing lie right, at one point we were on the verge of getting back and I said “I’ve been asked to do Celebs Go Dating” but obviously I said “No I would never do that.”

‘I’ll tell you what, don’t f***ing mention my name once while you’re on that show! Don’t f***ing even speak about me you f***ing little toe rag!’

On a recent episode of the show, Joshua had confessed that he still has feelings for Charlotte. He had said:

“I care for her, I still do have a lot of love for her and I respect her.”

Charlotte Crosby and her relationship

After her breakup with Joshua, Charlotte hooked up with camp-mate Ryan Gallagher. She told Ryan on the show I’m a Celebrity…Get me out of here!:

‘I’d go to work every day, have late nights and travel around everywhere, and he would be sat playing on his PlayStation.’

She was rumored to be with Chris Wright and in the initial days, she was also with Gaz Beadle.

Josh Ritchie is a British reality TV personality. People mostly recognize him for his appearance in the 2015 series of ‘Love Island’. Additionally, he also appeared in the sixth series and seventh series of ‘Ex On The Beach’. More bio…