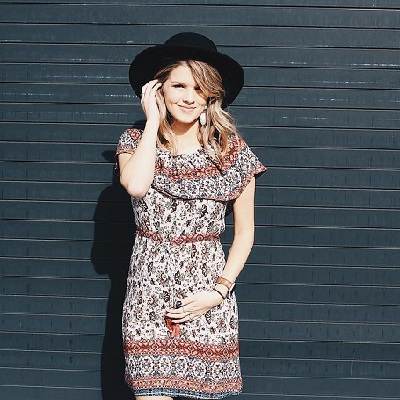 Josie Bates is married to her boyfriend, Kelton Balka. They were married on the 5th of October 2018 at the outdoor ceremony at Cove Lake State Park in Caryville.

She was also accompanied by Whitney Bates, Ariana, and Makayla Landrum as the bridesmaid.

Together, they welcomed their daughter, Willow Kristy on the 19th of July 2019.

Who is Josie Bates?

Josie Bates is an American reality TV actress. Bates is renowned as a member of her family show, Bringing Up Bates.

The actress is also a professional hairstylist by profession.

Josie Bates was born Josie Kellyn Bates on the 4th of August 1999 in Tennessee to Gil and Kelly Jo Bates. Both her parents are the TV reality actor. They are of the British-Germanic ancestry.

She started her career as the reality TV actress with the show, United Bates of America. At the time, she was 13 years. The show was based on the life of the Bates’ family who believes in the lord and is passionate about the music. However, the show has only 8 episodes with one season only.

After the three years, they launched a similar format show with the name, Bringing Up Bates. The show demonstrated the family culture and hardship that a family goes through. The unique show has 8 seasons and she appeared in the 143 episodes.

But the actress liked the comment of her fan which states that Lauren might have liked the picture so much that she decided to copy the same with the eye-rolling emoji. The news created some buzz on the media.

On Instagram, she is following the personalities like Josiah and Lauren Duggar, Madison Fisher, and Emily Ann Roberts.