Josie Canseco is an American model who is currently single. 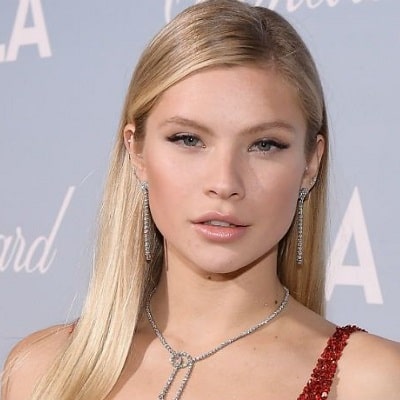 I'm so grateful for everything I went through. We learn from the hardships

Music is really, like, my therapy. So anything that's pretty much music-involved gets your head in the game.

Josie Canseco was rumored to be dating Bryce Hall in June 2021. However, she denied the rumors tweeting on 4th June that she is single, “I can’t believe I’m even addressing this but guys I’m reeeeaally not dating Bryce. At all. In any way. [Please] stop,”

She was dating popular American hip hop star, Mike Stud. Josie has confirmed her love relation with Mike Stud and she is making plans to appear on her boyfriend’s new show called ‘This Is Mike Stud’. The pair has been together since November 2015. However, in 2018 the couple broke up.

Who is Josie Canseco?

Josie Canseco is an American model. She was Playboy Playmate of the Month for June 2016 and her picture was shot by Henrik Purienne. She is famous for her relationship with American rapper Mike Stud.

She was born on November 5, 1996, in Weston, Florida. Her birth name is Josiphene Marie Canseco. She was born to parents Jose Canseco and Jessica Canseco. Her father is a  former Major League Baseball (MLB) outfielder and designated hitter whereas her mother is a former model.

She along with her mother appeared on the Hollywood Exes series because her parents were making an effort to co-parents which were not working. Also, she used to log in to her father’s account to defend him from angry fans.

Josie holds American citizenship and her ethnicity is half Cuban.

Canseco along with her friend was discovered by the Canadian-born model Charlotte D’Alessio at the Coachella Music Festival. They came into the limelight when photos of them, shot by photographer Bryant Eslava, went viral.

Josie later auditioned for the Sports Illustrated Swimsuit Issue of 2016 prior to her pictorial with Playboy. Josie debuted in the 2018 Victoria’s Secret Fashion Show. She has also modeled for Sherri Hill.

Josie Canseco has always garnered attention for her bold and stunning figure. She has recently posed almost nude for Playboy. Moreover, she was caught exposing her alluring hot figure as Playboy’s ‘Miss June 2016’. She revealed her curvaceous sexy figure when she was named Playboy’s ‘Playmate of the Month’.

Josie was part of the casting call for the 2017 Victoria’s Secret Fashion Show along with Hailey Baldwin and Mackinley Hill, Taylor Hill’s younger sister. She also appeared in campaigns for Victoria’s Secret PINK.

Moreover, she starred alongside her mother in the reality show titled The Mother/Daughter Experiment: Celebrity Edition in 2016. to help improve their relationship.

In addition, she was featured in the song Kygo: Here for You ft. Ella Henderson in 2015, and she appeared on the web series Summer Break-in 2014.

Prior to getting into a love relation with Mike Stud, she was rumored to be dating model, Lucky Blue Smith. Josie started getting the attention of the media when she was seen spending time with Lucky. As for now, gorgeous young model Josie Canseco is having an enjoyable moment with her current time boyfriend Mike Stud. Also, she was rumored to be dating Justin Bieber as they were seen together in a club but she has revealed that they are good friends only.