Josie Lawrence is an English comedian and actress. She is best known for her work with the Comedy Store Players improvisational troupe. 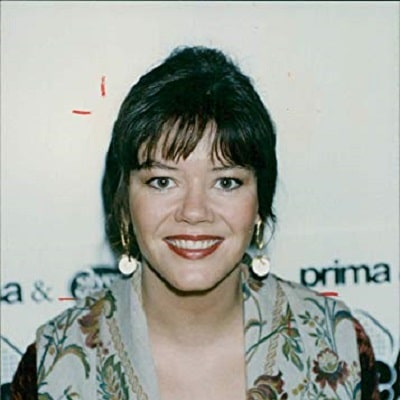 I wanted to go on stage ever since I was 16 and got a part in a thing we did at school called The Dracula Spectacular.

I can still remember the whoops and the laughter from the audience and the goosebumps that appeared all over my skin. From then on I never wanted to do anything else. I've no idea where it comes from, especially the comedy. But my family are the sort of people that everyone warms to

I once took my mum and dad to a TV recording of An Audience With Ken Dodd. There was a fish and chip supper for everyone afterwards and Ken, who had never clapped eyes on them before, sat with them for hours, telling jokes. My parents were always like that. They drew people to them like magnets.

Josie Lawrence might be currently single. But, once in an interview with The Free Library in 2000, she spilled out her relationship with a guy, whose name she kept it private.

She was truly in a relationship with her but he broke her heart into pieces. After that, she dated several men and also disclosed that at present most of her ex-boyfriends are married and have children as well.

Who is Josie Lawrence?

She is also a writer and has written books like The Masterson Inheritance: Series 1-3 Plus Specials: A BBC Radio Sketch Comedy and Whispering Wishes.

She was born on 6th June 1959, in Old Hill, Staffordshire, England. Josie was born to Bert (father) and Kathleen Griffin Lawrence (mother). She has twin sisters named Janet and a brother named John Lawrence.

Her father worked as a British Leyland whereas her mother was a kitchen lady. She was interested in acting since her early ages. Her father died at the age of 79 due to leukemia.

She was raised in Halesowen in the West Midlands. Josie holds British citizenship but her ethnicity is unknown.

Since childhood, she has dreamt of being an ice skater.

For education, she joined Dartington College of Arts in 1978 and then graduated from college, receiving a Bachelor of Arts honors degree in 1981.

In addition, she achieved two honorary doctorates of letters from the University of Wolverhampton and Aston University in 2004 and in 2006 respectively.

She began her career from a television called ‘A Christmas Carol’ released in 1979 in which she portrayed multiple roles. After that, she made her appearances in the drama series called ‘Summer Season’ in 1985.

Moreover, she appeared in the sci-fi comedy film called ‘The American Way’ in 1986. Her other notable appearances include in ‘Get Fresh’, ‘Eastenders’, ‘The Ragged Trousered Philanthropists’, ‘The Cherry Orchard’, and many more.

She came into the limelight after she made her appearances in 1994 when she debuted in the series, Outside Edge. For her role in the show, she was even awarded as the Glasses wearer.

She is starring in ‘Finding Your Feet’ as Pamela and in the family-friendly BBC Ten Pieces Prom since 2018.

Furthermore, she lent her voice to audiobooks such as ‘Spot the Dog’, ‘Dilly the Dinosaur’, ‘Room on the Broom’, ‘Going Loco’, and many more.

She was nominated for the British Comedy Award in the category Best TV Comedy Actress for ‘Outside Edge’ in 1995. In addition, she was awarded the Dame Peggy Ashcroft Award for best actress at the Shakespeare’s Globe Awards for her role in ‘The Taming of The Shrew’.

Is Josie a lesbian?

Since she has never been entangled in any relationship for a long time, she was rumored to be a lesbian. The rumor fueled up after she depicted the lesbian character in ‘A Many Splintered Thing’ in 1998.

But the rumor ended after she revealed that she is 100% straight and has been involved just with men in the past.

She has an estimated net worth of around $7.5 million and she has accumulated that sum of money from her acting career.

Also, she earns around $500k to $800k per annum and also adds her net worth from her other works such as audiobooks, hosting live shows, etc.

In addition, she is also active in several charities and she once spent her eight months walking across Cuba, China, Peru, and Tanzania and collected £550,000 for Breakthrough Breast Cancer.

How tall is Josie Lawrence?

Josie Lawrence stands a height of 5 ft. 10 inches and has brown eyes and brown hair. But, other information about her body measurement, weight, shoe size, dress size, etc. are not available.

To know more about Perry Mattfeld, Emily Feld, and Jennifer Freeman, please click on the link.