Josina Anderson is an Emmy & NABJ Award Winner. She is the host of 'Undefined with Josina Anderson' digital show & podcast. Also, she is an ESPN, Showtime, FOX31 Alum.

Josina Anderson is single according to the records. She has not shared any information regarding her relationships.

Also, there is no information about her boyfriend if any. But once there were rumors that she was dating her co-worker whose name was not made public.

Also, she was married to him. She has not confirmed or commented on her rumored relationship yet. 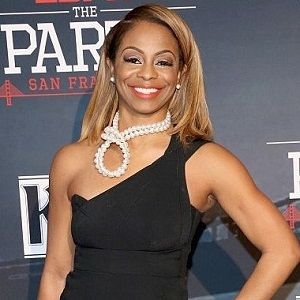 Who is Josina Anderson?

Josina Anderson is an American reporter for ESPN. She appears in shows including the likes of the sports center, NFL Countdown, NFL Insiders, and NFL Live.

She is an award-winning sports reporter, who has covered for ESPN, Fox Sports, and more primarily appears in many sports games.

She was born on the 15th of August, 1978 in Washington D.C. Her age is 43 years old. She was born to Yasmin Anderson(mother) and Lloyd Anderson(father).

She grew up with her sibling, a brother (name unknown) who is a film producer. Her nationality is American and her ethnicity is African-American.

About her education, she studied at Montgomery Blair High School in Silver Spring, Maryland. During school time, she was an announcer for the Blazers.

Jose was certified by the University of North Carolina with a degree in exercise and sports science.

Josina was an athlete as a student and was interested in track and field events where she completed the 200 and 400-meter races.

She was a gold medalist in AAU Junior Olympics. Similarly, she has learned ballet dancing from the Dance Theater of Harlem and Pennsylvania Ballet and has performed in American Youth Ballet.

Josina Anderson worked as a sports weekend co-anchor, reporter, and producer for ‘FOX 31’. Later in the year 2009, she won an Emmy award for her documentary titled ‘A Premonition to Addis Ababa’.

She has been known for her stories on sports. She also produced the nightly sportscasts for Fox 31. Besides these, she has also contributed to the television show ‘Inside the NFL’ as a reporter.

In the year 2011 ESPN hired Josina a Chicago-based bureau reporter. She is also the company’s first female National NFL Insider.

She is known for her work in reporting and hosting for SportsCenter, NFL Countdown, NFL Insiders, and NFL Live. Further, she is also known for her exclusive interviews where which she takes different personalities.

This talented Journalist has received an award for her documentary A Premonition To Addis Ababa.

The name of the honor is Heartland Emmy Award. The National Association of Black Journalists (NABJ) awarded her a Salute to Excellence award for Radio.

Josina Anderson’s net worth is assumed to be 2.2 million dollars. Her current salary is around $65,000.

Talking about her rumors and controversy, there were rumors that Josina Anderson married one of her co-workers. Her husband is said to be one of the most searched people. Josina has not admitted publicly to these rumors.

She has been part of a huge controversy when she revealed the showering habits of gay player Sam in the NFL where later ESPN apologized for her statement.

Josina Anderson has a height of 5 feet 8 inches and her body weighs 59kg. Josina has blonde hair and brown eye.

Furthermore, there is no information about her dress size and shoe size.

You may also like to read the affairs, career, education, body measurements, and social media of Allison Payne, Ted Kravitz, and Karen Finney.