Joss Whedon is a Filmmaker, comic book writer, composer. He wrote and directed The Avengers and Avengers: Age of Ultron.

Joss Whedon was married to the American film producer Kai Cole. They dated each other for several years before getting married. Their love affair turned into marriage in the year 1995.

The couple together has a daughter named Squire Cole and a son named Arden Cole. The couple separated in 2012 and their divorce was finalized in July 2016. Kai said that Joss Whedon has been unfaithful to her. 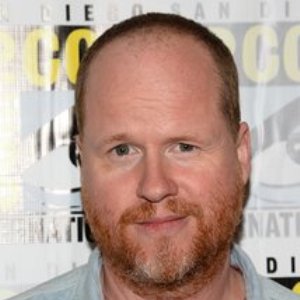 We put a lot of that heartbreak into the script, into the show, so it would hurt as much to watch as it did to have it taken away from us. I would not have been as brutal about the ending--had we had another season

Remember to always be yourself. Unless you suck.

Who is Joss Whedon?

Joss Whedon was born on 23 June 1964, in New York City, New York, USA. He is an American by nationality and he is of mixed (English-Scottish) ethnicity.

His birth name is Joseph Hill Whedon. He is the middle of five children of Tom Whedon(father) and Lee Stearns(mother).

His brothers’ names are Jed Whedon, Samuel Whedon, Zack Whedon, and Matthew Whedon. His father was a screenwriter and his mother was a teacher and novelist.

He attended Riverdale Country School in New York City. He then spent three years at Winchester College in England. After college graduation, he attended Wesleyan University and graduated in 1987.

The series received numerous awards and nominations, including an Emmy Award nomination for the 1999 episode “Hush”.

In 2004, he created the comic book line, X-Men. He finished his 24 issues run in 2008 and then handed over the writing reins to Warren Ellis.

Joss co-wrote and produced a horror-comedy film titled The Cabin in the Woods with director Drew Goddard in 2009. He also wrote and directed the superhero movie The Avengers in 2010. He has written and created several other movies and films.

Joss has earned several honors and awards in his life. In 2008, he won Eisner Award- Best New Series for Buffy the Vampire Slayer Season Eight.

Joss won the Saturn Award- Best Director for The Avengers in 2013 and he was nominated for the Empire Award that year for the same movie.

He has been a very successful writer and director in his career and he has accumulated a net worth of 100 million dollars as of 2022.

Joss has been accused of having cheated on his wife. He has been dubbed as a hypocrite. His wife has alleged that he is a fake feminist.

Also, Joss was accused of unprofessional behavior toward celebrities including Ray Fisher and Gal Gadot. Ray accused him of “gross, abusive, unprofessional, and completely unacceptable” behavior and openly spoke in the media.

While Gal revealed that Joss threatened him to make her career miserable during the shoot of Justice League. The Wonder Woman said she handled the situation then and there itself.

He has dark brown hair color and blue eyes. His body weight is not known.

Also get to know more about the birth facts, education, career, net worth, rumors, height, and social media of different personalities like Michael Polish, Ed Sinclair, and Christopher Nolan.