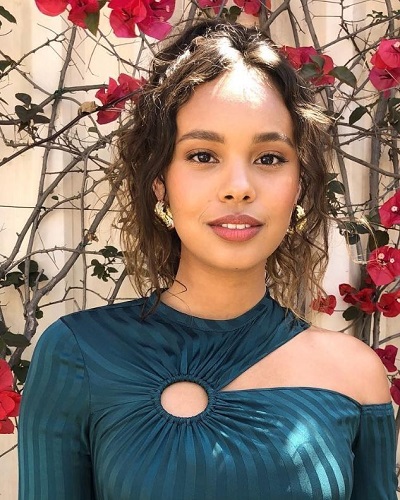 Do you know about the actress who portrayed Jessica Davis in Netflix’s 13 Reasons Why (American web television series)?

Well if you don’t know, don’t worry we are going to explore her here!

Alisha Ilhaan Bø popularly known as her short name Alisha Boe was born on March 6, 1997, in Oslo, Norway which makes him 21 years at present.

She is born to a Somali father and a Norwegian mother. But when Alisha was a kid, their parents got divorced. So at the age of seven, Alisha and her mother moved to Los Angeles because her mother married an American man.

She also attended El Camino Real High School commonly known as “ECR” or “Elco” during her high school day. It was located in the Woodland Hills district of the San Fernando Valley region of the city of Los Angeles, California.

During her high school days, she attended a drama program there. Elco is popularly known for its alumni actors who joined its drama program. To balance her studies and work, Alisha also attended Olin Virtual Academy for her junior and senior years of High School.

Moving strong with her filming career, Alisha portrayed Tara in Paranormal Activity 4. In her recent works in movies, she was seen in movies like 68 Kill (2017), and Gates of Darkness (2017). In her upcoming movie, we will be seeing her in 2019’s Poms which is said to be released on May 10, 2019, directed by Zara Hayes.

Alisha was also seen in a music video released in 2018 titled Lost in Japan a song by Shawn Mendes, and Zedd.

Also read: “I love being in anything that’s scary to people.”-Dylan Christopher Minnette, Actor from 13 Reasons Why and lead singer of a pop group called Wallows!

Alisha landed her first t.v role with Trophy Wife in the Episode: “Pilot”. The year following i.e. in 2014, she came up with three television series titled Modern Family, Extant, and Days of Our Lives. In  Days of Our Lives, she acted the role of Daphne for 15 episodes.

She appeared in 13 Reasons Why her role as Jessica Davis is the main role in the series. Therefore, this role is one of the important roles in Alisha’s acting career. This series is based on the 2007 novel by Jay Asher. Therefore its first season was released on Netflix on March 31, 2017.