Is Jovan Adepo is dating?

Jovan Adepo is possibly single. He is not dating anyone publicly.

Maybe he is waiting for his love of life. Till now, there aren’t any details about his past relationship. 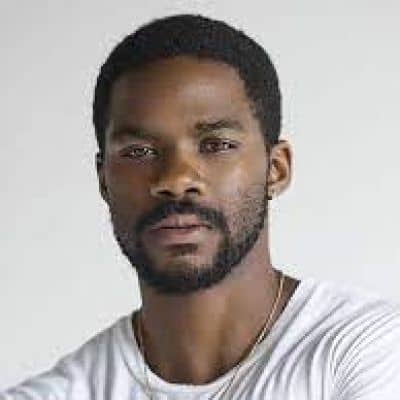 Who is Jovan Adepo?

Jovan Adepo is a British-American actor. Jovan is famous for The Leftover(TV Series) in 2014 as Michael Murphy, Fence(Drama) in the role of Cory in 2016, and Overload(Action films) as a Boyce in 2018. As of 2022, he is filming The Three-Body Problem(TV Series).

Jovan was born on 6th September 1988 in Upper Heyford, England.

His full name is Jovan Valde Olalekan Adepo. He is the son of James Melvin Bland and his mother’s name is Adelola Omowunmi.

He has one younger sister named Macayla Adepo. Adepo holds American nationality and belongs to mixed(African-American and Nigerian)ethnicity.

At the age of 2 years old, Jovan and his family settled down in the United States. He grew up in Waldorf, Maryland. At an early age, he acted and played in church.

Besides that, Jovan studied college at Bowie State University in Maryland where he earned B.A.in Political Science. While studying Political, he started taking creative classes. Later, Jovan decided to move to Los Angeles to become a writer.

Joven debuted in Gahiji(short movie) in the role of Sentwaii. From 2012 to 2013 he acted in short movies such as Sandbox, Kay, and Bruise. He made his appearance as a Dushaan Jackson in Blood Relatives(TV Series Documentary).In 2016, he played the role of Cory in Fence(Drama).

Similarly, in 2018 Adepo play as a cupbearer in Mother(a Horror film). He worked as a voice actor for Jesus in The Planters(comedy films). In the same year, he appeared in many TV Series including Tom Clancy’s Jack Ryan, Sorry for Your Loss, Watchmen, and The Violent Heart.

Besides that, Jovan played the role of Larry Underwood in The Stand(a TV Mini-Series).In the same year, he was seen as a Celeb in 5150(TV Short). As of 2022, he is filming The Three-Body Problem(TV Series). Furthermore, Adepo will be playing Babylon in the role of Sidney Palmer which is in post-production. Jovan’s other movie is also in Pre-production where he will be playing the role of a Mackenzie.

Adepo is a nominee actor for Screen Actors Guild Awards (2017).In 2020, he is nominated for Primetime Emmy.

Adepo net worth has been estimated at around $4 million to $6 million. Although Jovan is living his life lavish and luxurious he hasn’t disclosed any details about his salary, income, and assets.

Till now, the actor Jovan has not been involved in any kinds of controversy and rumors. Adepo has been able to maintain his clean profile among the public.

Jovan stands at the height of 5 feet 11 inches with 75 kg weight. He has black eyes and black hair. There aren’t many details about his dress and shoe size.