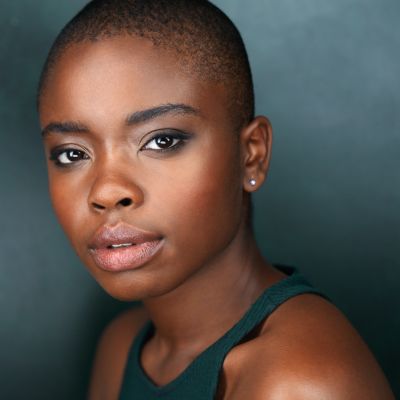 What Is The Current Relationship Status Of Joy Sunday ?

Joy Sunday has not revealed her personal life details. She is currently possibly single and data regarding her affair or boyfriend is not yet published.

There is no info on her past relationships or affairs as well.

Who is Joy Sunday?

Joy Sunday is an American actress and director.

In 2022, she played the role of  Bianca Barclay, in the upcoming horror comedy series, Wednesday, which is set to release on November 23, 2022.

Joy Sunday was born in 1997 in Staten Island, New York to Nigerian parents. As of 2022, she is 25 years and holds an American nationality.

Her ethnicity is mixed (Afro-American). However, data on her parents, siblings, and early educational life are still under review.

As per her academics, she completed her acting training at New York-based Fiorello H. LaGuardia High School of Music & Art and Performing Arts. Later, she earned an honors degree in Critical Studies, from USC’s School of Cinematic Arts.

In 2015, Joy started her mainstream acting career, by appearing in the 2015 film, Embody. Then, she was cast in Darling a 16m duration short film, which was directed by Joy.

Subsequently, she signed with Lorena Lourece and was featured in the main role. In the following year, she played the role of Ria in the comedy-drama series, Yas Kween. In the series, she shared the screen with David Mandell, Jason DePuy, and Danny Abrahms.

Following that, she made her film debut by working in the drama film, Her Mind in Pieces, which was directed by Anastasia Basche. It was released on April 16, 2019.

In 2020, she had roles in a few movies like Shithouse, Bad Hair, etc. Afterward, in 2021, Joy executed the role of Dr. Gray in Reid Carolin in Channing Tatum’s comedy film, Dog. The other cast of the movie includes Channing Tatum, Ryder McLaughlin, Luke Forbes, Donovan Hunter, Devin White, and Skyler Joy.

In 2020, Joy Sunday has executed the role of  Bianca Barclay, in the upcoming American horror comedy series, Wednesday. It is set to release on November 23, 2022, on Netflix. Alfred Gough and Miles Millar are the creators of the following series.

Joy Sunday is an accomplished actress, who has a net worth that ranges between $3- 5 Million USD.

Primarily she earns as an actress, and also via brand promotions and film directions.

Despite the fact that her net worth is public, she has never disclosed her salary or income. Furthermore, She has not shared any of her assets, such as her properties or other valuables.

Joy Sunday has been in the entertainment industry for a long time. She has successfully balanced her personal and business lives.

Thus, the beautiful actress has never been involved in any unpleasant issues or scandals that have jeopardized her life. She has always kept her private life private.

When it comes to Joy Sunday’s body features, she stands at 5 feet 6 inches tall and weighs 60 kilograms.

However, She has not disclosed her hip, waist, or chest measurements on the internet. In terms of appearance, she has dark skin along with dark black hair and eyes.