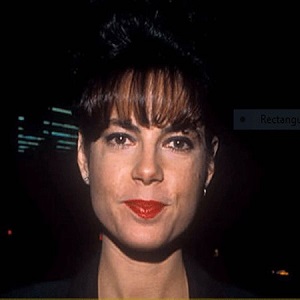 “My life changed after Just One of the Guys (1985). People stopped looking at my face and looked at my chest instead.”

What is the relationship of Joyce Hyser?

Previously, she dated actor Warren Beatty. After that, Joyce has not been seen with anyone. She likes to keep her profile low and she is currently busy in her career.

Who is Joyce Hyser?

Joyce Hyser was born on December 20, 1957, in New York City, New York, USA. Joyce is currently 64 years old. She has not provided any information regarding her parents, siblings, and childhood.

Joyce holds American citizenship but her ethnicity is unknown.

Talking about Joyce’s education, she has not revealed her college and university names.

Joyce Hyser debuted her film career in the film ‘The Hollywood Knights as Brenda Weintraub in 1980.

After a year, she appeared as Sylvia in ‘They All Laughed’. She began her television career in the role of Pretty Mary in ‘Freddy’s Nightmares’ in 1988.

She is a spokeswoman for the Harold Robinson Foundation which provides a free summer camp for the inner city and underprivileged children.

She was nominated for Young Artist Award in the category Best Starring Performance by a Young Actress-Motion Picture for ‘Just One of the Guys’ in 1986.

She has an estimated net worth of around $2 million as of 2022, and she has earned that from her professional career.

There was a rumor that she dated Bruce Springsteen but neither of them has confirmed about the rumor.

Joyce has black eyes and black hair. Her body measurement is 33-24-33 inches.

Kaki Hunter
Tags : American Actress Just One of the Guys The Flash