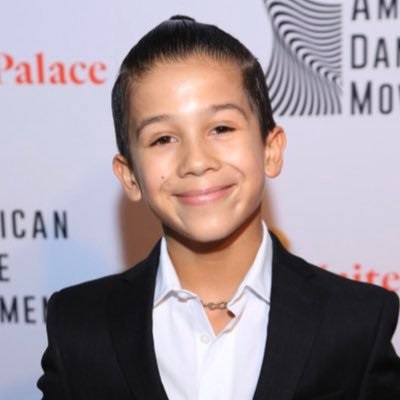 JT Church’s relationship’s status is single. There is no previous record of him dating.

However, he was spotted kissing with the dancer, Elliana Walmsley in a friendly way for a YouTube video where they were giving dare to each other.

His Instagram posts suggest that he is very focused on his dancing career. Most of the time, he shares dancing photos in it.

Who is Jt Church?

Jt Church is an American Jazz and contemporary dancers. Church is the winner of the reality show, Dancing With the Stars.

He is also the top ten finalists So You Think You Can Dance.

Jt Church was born John Talan Church on the 17th of January 2006 in Bristow, Virginia. His father, John, and mother, Leslie are of Caucasian ancestry. Both of them are in the real estate business.

His elder brother, Bradley is a skateboarder by profession.

Jt started showing interest in a very tender age. At the age of five years, he started showing professional dancing skills. His parents further inspired him to pursue dancing.

After that, he attended Gainesville Dance Center which further sharped his skills. Soon, he started local dance competitions in schools and colleges.

From a very young age, he is interested in helping people who need help. In 2014, he participated in the 20th Annual Dancing for a Cure in order to raise funds for the people who are suffering from breast cancer.

He also has a self-titled YouTube channel with 9.57k subscribers and 345k views.