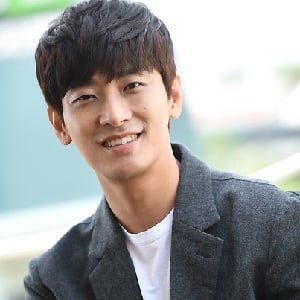 There are some roles you can only play at a certain age or generation, so I am willing to try everything while I'm in my 30s so I don't regret it later. I always eat and drink with the director and the writer and I consider that my playtime. This is also how I can do two dramas at once.

The bait we released in the first drama will be recalled and there's even better bait. Everything is going to erupt in season 2.

Hollywood is still a big and glorious place, but I think doing our best to make our content will also have a tremendous impact.

Previously Ju dated Ga-In who is a member of Brown Eyed Girls. The couple was in a relationship for 3 years since May 2014. Unfortunately, they broke up.

Who is Ju Ji-hoon?

Ju Ji-hoon is a South Korean actor. People mostly know him for his leading role in the 2006 hit drama ‘Princess Hours.’ Additionally, he has also appeared in several other movies and television series including ‘The Devil’, ‘Along with the Gods: The Two Worlds’, and ‘Mask’ among others.

Ju was born in Seoul, South Korea on May 16, 1982. His current age is 37. He has a sibling, his younger sister. Additionally, he became interested in the world of acting at an early age. Ju is of South Korean nationality.

Furthermore, he is of Korean ethnic background.

Talking about his education, Ju attended Tongwon College. There, he majored in e-Business. In addition, he also attended the Kyonggi University. Kyonggi is a Higher educational institution in Suwon, South Korea.

Ju initially debuted as a model in various advertisements. He has modeled for brands including ‘Calvin Klein’, ‘Reebok’, and ‘Levi’s.’ In 2006, he appeared in the TV series ‘Princess Hours’ as Crown Prince Lee Shin. In addition, the next year, he had the role of Oh Seung Ha in another TV series, ‘The Devil.’ Since then, he has appeared in several other movies and television series. All in all, he has over 15 credits as an actor.

Some other movies and television series that Ju has appeared in include ‘Kingdom’, ‘Dark Figure of Crime’, ‘Along with the Gods: The Last 49 Days’, ‘The Spy Gone North’, ‘Along with the Gods: The Two Worlds’, ‘Asura: The City of Madness’, ‘Octopus’, ‘Mask’, ‘The Treacherous’, ‘Confession’, ‘Love Suspects’, ‘Medical Top Team’, ‘Marriage Blue’, ‘Five Fingers’, ‘I Am a King’, ‘Kitchen’, and ‘Antique’ among others.

He is set to star on the second season of the historical zombie drama Kingdom 2 on Netflix.

The actor began his mandatory military service in February 2010 and took a break from acting. In November 2011, he completed his service and resumed his acting career.

Ju became part of a controversy after he was arrested by Seoul Metropolitan Police on drug charges on April 27, 2009. Later, he pleaded guilty in court to drug use of ecstasy and ketamine.

For more than a year he was suspended for the drug case and was further compiled for 6 months imprisonment including a fine of 360,000. After taking the same plane to Bali,

Talking about his body measurement, Ju Ji-hoon has a height of 6 feet 2 inches (1.88 m) and weighs around 73 kg. In addition, his hair color and eye color is black.