Juan Pablo Di Pace is an Actor, Musician, Director. He is starred in Netflix' Fuller House as Fernando. Juan is not dating anyone currently. 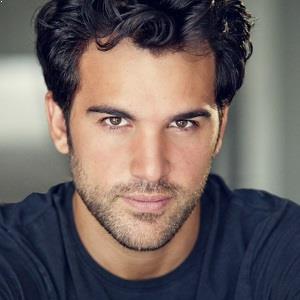 Since I knew nobody in London, I arranged to work as a volunteer in a home for people with learning disabilities, and they provided me with housing and pocket money. Before starting the theatre course, Mountview Drama School told me there was no money to fund my scholarship so I decided to lose my place there. I was about to leave for Argentina when I auditioned for London Studio Centre as my last chance and they offered me a full scholarship on the spot.

(On his work as an ensemble member in the musical Chicago) I suppose doing that show was my proof that I could dance so I had to move onwards to my real passion, acting.

Talking about his past affairs, there is no information about his love life. By the way

Who is Juan Pablo Di Pace?

Juan Pablo Di Pace is an Argentinian actor, singer, and director. People mostly recognize him for the role of Kimmy Gibbler’s estranged husband, Fernando, on ‘Fuller House’, the sequel series to ‘Full House’.

He grew up in  Buenos Aires. Later, he moved to Spain when he was 12 years old. Furthermore, he also lived in London for 10 years.

He always wanted to be a part of the world of show business since his childhood years.

Juan was awarded a scholarship to attend the United World College of the Adriatic in Duino, Trieste, Italy. Later, he studied theatre at the London Studio Centre.

Additionally, Juan has appeared in numerous  British television, such as BBC One comedy ‘The Catherine Tate Show’, BBC One film ‘Aftersun’, BBC One series ‘New Tricks’ and BBC Scotland soap ‘River City’. In addition, Juan made his on-screen debut through the 2005 film ‘Survival Island’. Later, he also appeared in ‘ Mamma Mia!’.

Some other movies and television series that Juan has been part of include ‘Carlos Gardel the King of Tango’, ‘Angie Tribeca’, ‘After the Reality’, ‘Rosewood’, ‘A.D. The Bible Continues’, ‘Dallas’, ‘Camp’.

All in all, Juan has more than 25 credits as an actor as of now. Furthermore, he has not been linked with any awards or honors in his career as of now.

He and his partner, Cheryl Burke of the reality show, Dancing With The Stars(DWTS) were recently eliminated from the show.

Check out the latest about Juan and the cast on the sets of Fuller House.

Clare Crawley and Dale Moss Got Engaged; Glimpse Of Their Proposal And Their Plans To Get Married!