Judah Bellamy is renowned as an American broadway and television actor.

Judah Bellamy’s current relationship status is possibly single. To date, he has not introduced anyone as his girlfriend or lover.

Currently, it seems he is more focused on his career rather than any love affair. In further days, if he revealed anything regarding his love life then we will update it. 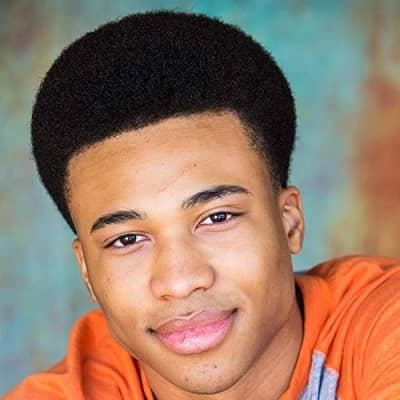 Who is Judah Bellamy?

Judah Bellamy is renowned as an American broadway and television actor. He is best known for his performance on stage in The Lion King and Matilda the Musical.

Judah was born in Baltimore, MD on June 15, 2000. As of 2022, he is 21 years old and his Zodiac sign is Gemini. The actor is of American nationality and is of All-American descent.

Bellamy was born to his father Avon Bellamy and his mother Bernita Bellamy. He is the first child of his parents among three children. But, he hasn’t yet disclosed his sibling’s details in the media.

Also, Bellamy’s academic details are under the curtain at the moment. However, he is now attending college for filmmaking.

Judah started his career as a theater artist and he made his first role as Young Simba in The Lion King on Broadway from March 2011 to September 2012. At the age of six, he relocated to New York City.

Likely, he performed with Johns Hopkins in The Wiz and A Raisin in the Sun at the Cahill Theatrical Arts Center. He has also appeared in numerous national commercials and an indie film titled Home where he portrayed the role of John Hall.

As a son of Jack Hall which is played by Gbenga Akinnagbe and directed by Jono Oliver. In December 2012, he was cast in Matilda the Musical on Broadway in the role of Tommy.

Afterward, he starred in the most popular children’s show in the Amazon original series, Just Add Magic where he portrayed the role of Jake. The series features the personalities like Olivia Sanabia, Abby Donnelly, Aubrey K. Miller, and other casts.

Bellamy has a fresh career in the television industry so, there are no rumors regarding his personal and professional life. Also, he stays miles away from any sorts of disputes and controversial acts.

Judah might have earned a fair amount of net worth through his acting career as a broadway and television artist.

However, he has not yet revealed the specific figure of his net worth, salary, and yearly income.

The actor is 5 feet 5 inches tall and he has average weight but the exact measurement of his weight is not available.

He is a curly black hair color with black pair of eyes as well.

The actor is active on Instagram where he has nearly 7.5k followers.