Popular for his roles as John Bender in The Breakfast Club as well as in  Alec Newbery and ‘St. Elmo’s Fire’.

Judd Nelson is currently single. Even if he has a wife or girlfriend, he is lowkey about his love life.

He is a father of three kids: daughter Mathilda born in 2003, and twins Adele and Roman born in 2009.

Judd was previously married to Shannen Doherty in 1993. Shannen is an actress, producer, and author. However, the couple divorced due to irrecoverable differences.

Talking about his past relationship, he dated an actress Sheila Lussier from 2003 for a couple of years.

In 1985, he had an affair with Loree Rodkin. He split with an American jewelry designer in 1988.

Judd had also made out with an adult star Tabitha Stevens. 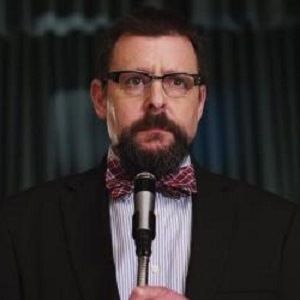 I think that there's room for everyone. I don't think that if one person succeeds then another must fail. That's lunacy. I'm not sure what the reasons are for my philosophy, maybe it's the fact that if there are ten people doing the same job, we all know how we feel and what our high points and low points are

My Brat Pack buddies and I didn't exactly handle celebrity very well. Success at an early age is far more difficult to handle than failure

Who is Judd Nelson?

Judd Nelson is an American actor, he is well known for his roles as John Bender in The Breakfast Club as well as in  Alec Newbery and ‘St. Elmo’s Fire’.

For the next two decades, he also appeared in films of varying genres such as comedy, drama, thriller, psychological suspense movies, and so on.

Likewise, he is best noted for his antihero flicks, his intense stare, and dark smoldering looks adding a sense of credibility to his characters.

Judd was born in Portland, Maine, the United States on November 28, 1959, to parents, Leonard Nelson and Merle Nelson.

His father Leonard worked as a corporate lawyer. Whereas, his mother served as the court mediator and former member of the Maine state legislature.

He has two siblings Eve Nelson, and Julie Nelson Forsyth. He belongs of American nationality and Ashkenazi Jewish ethnicity.

Talking about his education, firstly, he attended the St Paul’s School in Concord, New Hampshire. Then, he enrolled at the Waynflete School in Portland, Maine.

Completing his studies, he also gained admission at the Haverford College in Pennsylvania but left after his sophomore year.

In talking about his profession, he made his debut as an actor in the film, ‘Making the Grade’. In the same year, he was seen in a couple of other movies as well including ‘Fandango’ and Joel Schumacher’s ‘St Elmo’s Fire’.

During 1986, he also indulged in varied kinds of works. Whereas, he gave a voiceover for the character of Rodimus Prime in ‘The Transformers: The Movie’, and acted along with co-star Ally Sheedy in ‘Blue City.

In the same year, he also made his television debut with ‘Moonlighting’. Additionally, he also appeared as a police officer opposite Cybill Shepherd and Bruce Williams in the Camille episode.

The year 1987 witnessed the release of the hit miniseries, ‘Billionaires Boys Club’ a courtroom thriller based on actual events.

During  1994, he also starred in four movies of varying genres. Then, he was cast in the thriller Blindfold: Acts of Obsession’.

From mere acting, he extended his artistic endeavors and served as the writer, producer, and actor in the thriller, ‘Every Breath.

Likewise, he also made an appearance in the TV series, ‘The Outer Limit’. In the following year, he also revamped his role for the sequel, ‘Return to Cabin by the Lake’.

Additionally, he also starred in numerous television series during the decade including, ‘CSI: Crime Scene Investigation’, ‘CSI: NY’, ‘Las Vegas, ‘Eleventh Hour, ‘Psych’ and a recurring role in the series, ‘Two and a Half Men’.

In 2009, he also reprised his role of Rodimus Prime in the film ‘Transformers Animated’. Moreover, he also appeared in the movie, ‘The Boondock Saints II: All Saints Day.

In 2012, he also played the role of Headmaster Nash in the live-action feature film ‘Bad Kids Go to Hell’.

Nelson starred as Don Cody in the Lifetime film Girl in the Basement which was inspired by the Fritzl case in 2021.

In talking about his lifetime achievements and awards, he won the Silver Bucket of Excellence Award for The Breakfast Club (1985). Currently, he has not received any of the awards.

There is no information about his salary. His net worth is around $4 million as of 2022.

On talking about his body measurements, Judd has a height of 5 feet 10 inches. Additionally, he weighs is 79Kg. Judd’s hair color is light brown and his eye color is hazel.

Also, read the affair, salary, the net worth, controversy, and the bio of Chris Santos, Marin Hinkle