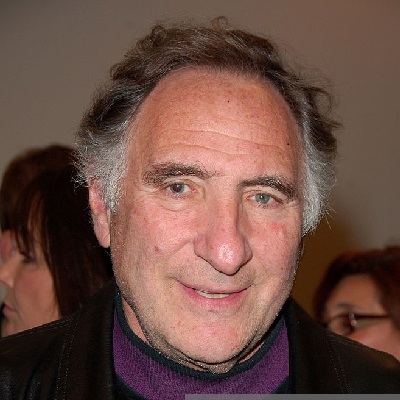 “Because I portray many men who are Jewish, I am referred to as a ‘Jewish persona’ even when I am not in that a role and it has no connection to being a Jewish. When such narrow-mindedness gets into print it is distasteful.”

“Religion is not a point of birth. I was born in the Bronx to Jewish parents, my mother spoke Yiddish, and I was brought up as a Jew, but my family was not observant.”

“At Oxford, Freud’s peers were believers and he felt out of it. He had had 30 operations on his mouth and nothing worked. I think, though he never says it, that Freud was searching for the Spirit, The God.”

“All I'm saying is they have people who handle these things. They want HBO, they'll call you.”

“If I had known I was gonna meet the president I would've worn a tie. Look at me, I look like a schliemiel.”

“Forget how it looks

how does it feel?”

Thereafter he married Bonni Sue Chalkin on 24th December in 1992, and have a son and daughter, London and Montana Eve Hirsch. In 2005, Judd and Bonni parted ways and later divorced.

If media is to be believed, he had a short relationship that started in October 1987 with Marilu Henner. They met on the sets of ‘Taxi’ where Marilu is Elaine O’Conner Nardo in the television series.

Who is Judd Seymore Hirsch?

Judd Seymore Hirsch is a veteran, multiple award-winning American actors. He has a distinguished career in the living arts- theater, movies, and television. Judd has stage-acted the Austrian neurologist, father of psychoanalysis Sigmund Freud in the iconic stage drama ‘Freud’s Last Session’ with Tom Cavanaugh.

The legendary actor Judd will appear as Abe in the 2020 television series ‘God Friended Me’. He also aspires to act his age in the near future.

Judd was born as Judd Seymore Hirsch on 15 March 1935 in the borough of The Bronx, New York. He is one of the two sons born to Joseph Sidney Hirsch and Sally Kitzis-Hirsch of Hebrew-German-Dutch-Russia ancestry.

Judd and his brother Roland Hirsch grew up in Brooklyn and The Bronx.

Judd was educated in DeWitt Clinton High School, The Bronx in New York, and in 1952, he graduated from High School. Thereafter, he received his degree in Physics from the City College of New York, NY, USA.

After this, he served in the land service branch of the U.S. Armed Forces, also known as the Army of the United States. Then he worked as an engineer at the Westinghouse Electric Company LLC, Cranberry Township, and Pittsburgh, Pennsylvania.  Westinghouse is a U.S. based nuclear-power company that provides international service.

However, Judd did an about-turn and joined the HB to study performing arts at the Herbert Berghof Studio, or the HB Studio in Bank Street, Greenwich Village, New York City.

He also studied at the American Academy of Dramatic Arts and then Judd found work in the theaters and started professional acting.

Judd Seymore Hirsch’s memorable roles in theaters include the drama ‘Life and Death’. Other performances include-

From 1971-73, Judd began his career in movies first in the movie ‘Jump’ in an unaccredited role, and later as a Cop in the 1973 movie ‘Serpico’. From 1973 onward, he spread himself thin on the theatre, television, and television movies too. Judd is accredited for the movies-

On Television, Judd first debuted in the 1974 Television Movie ‘The Law’ as Murray Stone. Later in 1975, he was Murray Stone in the 1978 Television Series of the same name, ‘The Law’. Among the many series that endeared Judd with the viewers are included the prime-time series ‘Numb3rs’, ‘The Big Bang Theory’, ‘Superior Donuts’, and ‘Taxi‘.

Judd is accredited with these television series and mini-series.

Judd Hirsch has a distinguished career in television, theater, and movies. In turn, that has earned him two Emmy Awards, Tony Awards, and an Academy Award nomination, among others.

Judd’s net worth is $46 million US. According to People With Money, Hirsch is #1 on the top 10 highest-paid actors in 2019 and $46 million in combined earnings. His earnings accrue from acting on stage movies, television, and directing among others. As an actor, Judd earns $90 K US and more from TV series.

His listing agent is Charles Horwitz, the Re/Max Estate Properties, and represented by Gino Graziano of the Cameron Realty Group.

Judd’s beautiful house is a traditional two-storied residence with a gated courtyard and surrounded by woods.  Inside the 2,400 square feet residence, you will find a living room with a fireplace, a remodeled kitchen with a sunny place for breakfast, two bedrooms, and more than 2 bathrooms. Almost all the rooms have hardwood lumber-work on them- the family room, floors, ceilings, and the built-ins too. Outback, a patio surrounds the brick-lined pool along with a terraced garden.

Judd Seymore Hirsch has platinum hair and blue eyes. His height is 5 feet 10 inches and has an average weight.

You may also want to read about the facts and biographies, single and married status of Joey Sagal, Henry Ford, and Nicole Olivera.