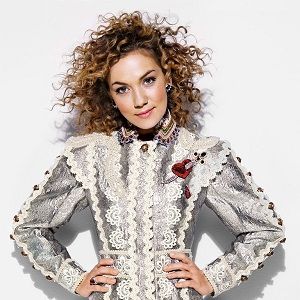 What is the relationship of Jude Demorest?

The 28-year-old Dallas star, Jude is a married woman. She tied the knot with her love Joshua Coleman best known as Ammo.

Ammo is also a songwriter and music producer. The couple got married in 2016 and has a child, Judah Coleman.

Since their marriage, the beautiful couple has maintained a perfect relationship and has never been in any other extramarital affair to date.

Furthermore, she has never seen any other men in the public and media. Currently, Jude and Joshua are enjoying their married life and living elegantly.

Who is Jude Demorest?

Jude Demorest is an American actress and model. She is best known for her roles in Dallas and Star.

Moreover, she is also a singer and songwriter who has recently worked in Work from Home and Down for Fifth Harmony.

In 2012, the Dallas actress has also appeared as Mickey O’Flynn Groupie in The Ghastly Love of Johnny X.

Jude was born on March 11, 1992, in Detroit, Michigan, United States. Talking about her family, she grew up in a very religious family and learned dance, drama, and music in a church.

From the beginning of her childhood, she had a keen interest in acting, music, and drama.

At the young age of 16, Jude shifted to Los Angeles to pursue an acting career. Later, she signed with Epic Records under producer L.A. Reid.

Concerning her education, there is not any information regarding it.

Jude began her career as a background dancer and background singer. In 2009, she grabbed a short role in History of Made Up Things as Whitney.

Later, she appeared in the movies Jonas and Hollywood Heights in 2010 and 2012 respectively.

Furthermore, she gained a huge recognition for her role in the 2014 television series Dallas.

In the same year, she also acted in a couple of series which include Bipolar and Middle.

Additionally, she has been a regular member of the Lee Daniels 2016 Fox’s girl-group series, Star.

Besides acting, Jude is also a singer and songwriter she has recently worked in Work from Home and Down for Fifth Harmony.

How much is the net worth of Jude Demorest?

Being a famous actress and model, Jude earns a decent amount of money from her profession. However, her net worth is estimated to be $2 million and her salary is unknown.

As of now, she has not won any awards.

However, her works have been loved by her fans. In the near future, she will definitely grab some awards.

So far, there are not any drastic rumors regarding her personal and professional life. Furthermore, she has never faced any controversy to date.

What are the body measurements of Jude Demorest?

Jude Demorest has a height of 5 ft 5 inches and her weight is unknown.

Moreover, she has light brown hair and a gorgeous pair of blue eyes. Besides this, her other body measurements are unknown.