Jude Flores is possibly single. He is low-key about his romantic life. Presently, he is focusing on making TikTok videos along with his friends. 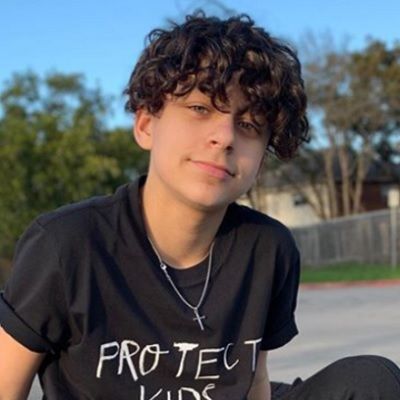 Who is Jude Flores?

Jude Flores is an American TikTok star. He is known for his to lip-sync and comedy content on TikTok.

Jude Flores was born on 17th August 2005 in San Antonio, Texas, United States. He has not disclosed his parents and siblings.

Jude is an American TikTok star with 55k followers on TikTok. He has 790k likes on TikTok. He uploaded his first TikTok video on 13th July 2019. His video was ‘No racism here only positive vibes’.

His videos get thousands of likes. His recent video was ‘I didn’t know they knew this. Similarly, his most viewed video was ‘why do they keep looking at it’.

As of 2022, their estimated net worth of Jude is $100 thousand. He might earn decent money from his TikTok.

Jude has not been part of any big rumors and controversy.

He has dark hair and blue eyes.

Jude has around 144k followers on Instagram. He is following accounts of Bankrol Hayden, Kobe Bryant, Tsunami Papi, Dixie D’Amelio, Lil Mosey, and many others.