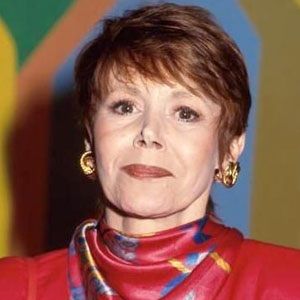 'Mature' and 'responsible' are words I don't understand.

I always seem drawn to people who need help, and I've needed help, too. I've had to learn to love myself.

I'm a 1960s flower-child who has refused to grow up

Judy Carne was married twice and was divorced both times. At first, she was married to Burt Reynolds. He was an American actor, director, and producer. They married in the year 1963 but divorced in 1965.

At last, she married Robert Bergmann in 1970 but divorced in 1971. Both of her marriages ended in divorce and she did not have any children from her past relationships.

Who was Judy Carne?

Judy Carne was an English actress known for the phrase “Sock it to me!” on Rowan & Martin’s Laugh-In. She was known for being the cast of the 1961 Danger Man series in Britain before moving to the United States.

This actress passed away at the age of 76 on 3rd September 2015. Pneumonia was her cause of death. She collapsed at the Northampton General Hospital.

She was born on 27th April 1939 in Northhampton, Northamptonshire, England. Likewise, she was the daughter of Harold Botterill and Kathy Botterill.

Her birth name was Joyce Audrey Botterill. Her nationality is British but her ethnicity was English.

Talking about her education, there is no information. She has received training at the Pitt-Draffen Academy of Dance, before being accepted into the prestigious Bush-Davis Theatrical School for Girls.

Judy Carne made her first British television appearances on the series Danger Man in the year 1961. Similarly, her first regular role was in the sitcom Fair Exchange in the year 1963. She played an English teenager who goes to the US to live with an American family.

Later Judy co-starred with Pete Duel in the show Love on a Rooftop. Similarly, she made several appearances on the adventure series The Man from U.N.C.L.E.

Likewise, she had a small part in the ninth episode of the TV series Gidget. She guest-starred as Jill in first-season episode 2, Follow the Leader. Similarly, as Floy in second-season episode 3, Then Came The Mighty Hunter of 12 O’Clock High. and also appeared in an episode of I Dream of Jeannie.

Similarly, her film roles included A Pair of Briefs and The Americanization of Emily. Further, she was in the wife of Tom Bell in All the Right Noises and Rachel Amodeo’s street movie What About Me.

Judy’s autobiography, Laughing on the Outside, Crying on the Inside: The Bittersweet Saga of the Sock-It-To-Me Girl (1985), contains her struggles with drugs, her failed marriage with Reynolds, and her bisexuality.

The estimated net worth of Judy was around $8 million. She might have earned a huge amount of money throughout her career. But there is no information about her salary and income.

Judy Carne had a drug problem. Similarly, she was arrested for heroin possession twice. Other than this there are no big rumors and controversy about her.

Talking about Judy Carne’s body measurements, she had a height of 5 feet 3 inches. Her body weight is 50kg and her body sizes are unknown. Similarly, she had brown hair color and brown color eyes.

Burt Reynolds: the ‘love of his life’, his recent proclamations and his health issues: Know it here!