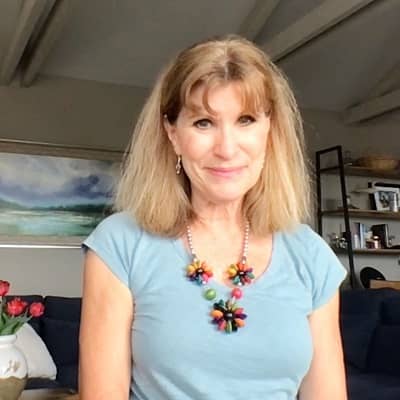 What is the relationship of Judy Norton Taylor?

Judy Norton Taylor is currently married to her husband Robert Graves. The two dated for a while before finally getting married on the 11th of August 2002. They also have a child together.

However, they are quite private when it comes to their marriage. And so, they haven’t shared any information about their child.

Judy also has a son, Devon, from her previous marriage with Randy Apostle. The two got married on the 8th of April 1991. But unfortunately, it didn’t last and they got divorced in 2001.

Before Randy, Judy married Douglas Taylor on the 3rd of April, 1976. Judy was only 18 at the time and their marriage only lasted 2 years until 1978.

Who is Judy Norton Taylor?

Judy Norton Taylor is a popular American actress and theater director. She is best known for her portrayal of Mary Ellen Walton on the TV series titled The Waltons.

Judy Norton Taylor was born on the 29th of January, 1958 in Santa Monica, California, USA. As of now, her age is 64. Her nationality is American and her ethnicity is Caucasian.

Judy was born to her father Harry Norton and mother Constance Norton. She grew up in California and began practicing Scientology from the age of 13.

Eventually, she even became a minister at the church of Scientology. Judy also had a passion for acting and began acting in her teenage years. And it’s very likely that she is a single child as she hasn’t shared anything about her siblings as of now.

Looking at her interviews and roles in movies, Judy seems to be very well educated. Still, we can’t be sure of this as she hasn’t shared any details about her educational background.

Judy made her acting debut at a really young age with the movie Hotel in 1967. She also appeared in smaller roles in TV series such as Felony Squad in 1968. With these roles, she gained some traction as a child actress in the industry and started getting more offers.

Eventually, she landed a role in the pilot episode of the popular TV series The Waltons. The show was loved by the people and Judy’s lovable portrayal of Mary Ellen also became popular.

This role would be her breakthrough role and she became a well-known figure in the TV industry thanks to this.

During the 9 years Judy worked on this show, she also appeared in some other TV shows such as Password Plus and Battle of the Network Stars.

Later on, several movies and spinoffs of The Waltons were also made. Among these, Judy appeared in A Wedding on Walton’s Mountain, A Walton Wedding, and A Walton Thanksgiving Reunion to name a few.

And as time went on Judy noticed that she was still being seen as a child actress in her 20s. This was all due to her role in The Waltons and Judy really wanted to shed this image.

So, she even modeled nude for playboy for their August 1985 issue. She has also appeared in series such as Cold Squad, Ed, Millenium, and Stargate SG-1.

Most recently, she appeared in the 2017 movie Finding Harmony. Along with acting Judy is also a great writer and director of theater plays. She also sings and released her CD Reflections in 2016.

Judy has accumulated a net worth of roughly 4 million USD as of 2022. She hasn’t shared any details regarding her annual salary.

Norton stands at a height of 5 feet 5 inches tall and her weight is roughly 59 kilograms. She was quite beautiful earlier in her career and still is even now. She has built a slim and attractive figure and is still in shape. Her hair is light brown and her eyes are brown in color.

Get to know more about the lives of Jennifer Leak and Kym Karath as well.