Judy Pace is an American actress. She is known for her roles in films and television shows. 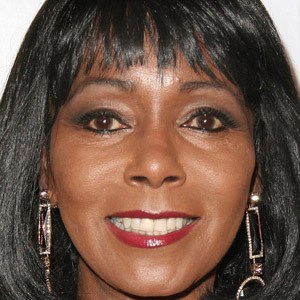 Judy Pace is currently single. She was previously married to Don Mitchell. Her ex-husband is an actor.

The pair welcomed two daughters: Julia Pace Mitchell (actress) and Shawn Michelle Mitchell. But the couple could not hold the relationship and end with divorce in 1984.

She had been courted by Curt Flood (late basketball great) in 1966 after he saw her as a bachelorette contestant on the game show ‘The Dating Game’ and they dated till 1970.

After her divorce from Mitchell in 1984, she met Flood again and married in 1986. The pair remained together until Flood’s death in 1997.

Who is Judy Pace?

Judy Pace is an American actress. Judy Pace is best known for her roles in films and television shows and films.

She was born on June 15, 1942, in Los Angeles, California, USA. Her birth name is Judy Lenteen Pace and she is currently 78 years old.

She has got an older sister, Jean Pace Brown who is an activist who was married to musician and actor Oscar Brown, Jr. She was born to an airplane mechanic and a dressmaker. Also, she is the stepmother of Curt Flood Jr.

Judy holds American citizenship but her ethnicity is African-American.

She attended Los Angeles City College and majored in sociology. Other information regarding her educational history is not available.

She was taught modeling by her sister which helped her getting an offer to join the prestigious Ebony Fashion Fair. Judy auditioned in the show and became the youngest model for the show. For her, modeling was something new and adventurous.

She began her career in Wiliam Castle’s ’13 Frightened Girls’ in 1963. She made her breakthrough from Hollywood in 1968 as the first black villainess on TV with the role of Vickie Fletcher in the series ‘Peyton Place’.  Later she made her appearance in the film, ‘Three in the Attic’.

After that, she made her appearances in ‘Batman’, ‘Bewitched’, ‘The Flying Nun’, ‘I Spy’, ‘Kung Fu’, ‘Sanford and Son’, ‘What’s happening!!’, and many more. Also, she starred in the drama ‘The Young Lawyers’ broadcast on ABC for one season in which she played one of the three young lawyers who took on cases dealing with the poor and oppressed.

In addition, she portrayed the role of supporting the role of Gale Sayer’s wife, Linda, in the movie ‘Brian’s Song’.

She might have earned a decent sum of money from her career however, her salary is under review.

She does not like to harm other persons and she is free from rumors and controversies in her personal and professional life.

Judy Pace has black eyes and black hair. But, other information regarding her height, weight, body measurement, etc. is not available.

To know more about Brooke Butler, Portia Oduba, and Nick Wright, please click on the link.