Judy Travis is a married woman since 2011. She was in a romantic relationship with Benji Travis for a long period of time. She married her longtime boyfriend on August 12, 2011. The couple together has three children named Julianna Travis, Keira Travis, and Miya Travis. She hasn’t revealed any information about her husband. There is no information regarding her past relationships and she has never talked about her previous love affairs. It seems like Benji is the first love of her life. She is living a happily married life with her husband and children and there is no sign of divorce at all. 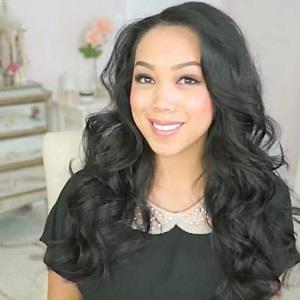 Who is Judy Travis?

Judy Travis is a beautiful American YouTuber. Judy Travis is also a famous beauty and lifestyle expert. She is best known for her channel ‘itsjudytime’. She posts about First Impressions of beauty products and beauty tips.

Judy Travis was born Judith Gutierrez Travis on February 2, 1986, in San Diego California, United States. She is of Filipino-American and Asian ethnicity and holds an American nationality.

Her birth name is Judith Gutierrez Travis. Her parents’ names are Albert and Nini Gutierrez. She was born to a Filipino-American father and an Asian mother. Her father was a sailor in the United States Navy, and through him, her family came to the US. She spent most of her early life in Seattle, Washington because her father was posted there. She has a sister with whom she shares a very strong bond.

She attended the University of Washington in 2008. During her time at University, she posted a how-to hair video on YouTube, and eventually, she became popular among the youngsters.

After being popular on YouTube, she started making videos professionally. She made videos about different beauty tips and lifestyles. In 2014, she was signed by Driver Digital to represent “ItsJudysLife” and “Its JudyTime”. She also created a tutorial video based on Selena Gomez’s look, which was loved by her viewers.

She got positive feedback from her viewers and she started making more beauty tips videos due to high demand.

She has over 1.2 million subscribers on her YouTube channel itsjudytime and she has over 2000 million lifetime views. She has over 1.1 million subscribers and over 400 million views on her daily blog channel ItsJudyLife. Her YouTube channel is listed as the top beauty tips channel. She has her own two channels on YouTube, one is a video blog channel and another is a Spanish language beauty-tips channel. She has also attended several beauty events in Los Angeles.

Her annual salary is reported to be $ 2.5 thousand and she has an estimated net worth of $1.5 million.

There is no rumor of Judy involving in any extra-marital affairs. She has never been involved in any controversies till now. She has successfully kept her personal as well as professional life clear.

Moving towards her body measurements, she has a good height of 5 Feet and 2 Inches (1.57m). She has a black hair color and her eyes are brown. She has a good body poster with breast size 33, waist size 24, and shoe size 35. There is no information about her shoe size and dress size.