Judyann Elder is an actress, director, and writer who is best known for her role as Harriette Winslow on Family Matters.

Judyann Elder has been married twice in her life. Her first husband was the American actor and screenwriter, Lonne Elder III. They got married on February 14, 1969.

They together had a son and a daughter named Christian E. Elder and Lonnie Christine Elder. Lonne Elder III died in 1996. She is currently married to the American actor, John Cothran.

There is no ay information about their marriage history and marriage date. No news came out about their divorce till now. They are still together and there is no news of separation at all. 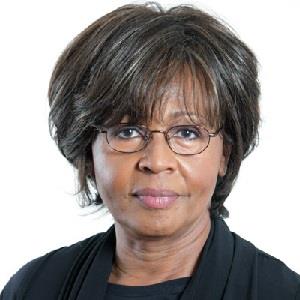 Who is Judyann Elder?

Judyann Elder is an American actress, director, and writer. She is best known for her role as Harriette Winslow on the popular television show Family Matters (1994-1998).

Elder was born on August 18, 1948, in Cleveland, Ohio, USA. Elder is an American by nationality and she is of African-American ethnicity.

Her birth name is Judith Ann Johnson. She is the daughter of Edward T. Johnson and Camille Russell Johnson. She had an interest in acting from an early age.

She was educated at Shaker Heights High School. After high school graduation, she attended Emerson College in Boston and received the Carol Burnett Award in the Performing Arts.

Elder began her professional career in New York off-Broadway as a founding member and resident actor with the Tony Award-winning Negro Ensemble Company.

She began her acting career playing Barmaid in an episode of the TV film N.Y.P.D. in 1968. She had a small role in the TV film Owen Marshall: Counselor at Law (1971).

She made her big-screen debut playing Gloria in the movie Melinda (1972). The following year, he appeared as Lulu in Blume in Love (1973).

She made guest star roles in series such as The Streets of San Francisco, Sanford and Son, Wonder Woman, and The White Shadow. In 1976, Elder made her Broadway debut playing Coretta King in I Have a Dream, at the Ambassador Theater.

Judy got her first series regular role in Family Matters (1994-1998), in which she played the role of Harriette Winslow. She played Nurse Lily in Mad About You (1996-1999). In 2005, she was honored with an NAACP Trailblazer Award.

In 2007, she made an appearance in Desperate Housewives. She portrayed Beverly Stallworth in Family Time (2012-2015) and completed 9 episodes. In 2010, she won a Distinguished Alumni Award from Emerson College.

Judyann Elder: Salary and Net Worth

There is no rumor or controversy related to her personal life and professional career as well.