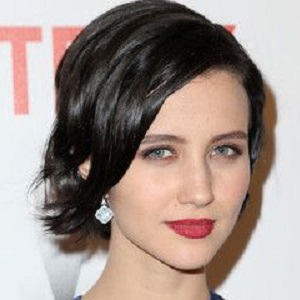 Julia Goldani Telles is still unmarried. Her dating life is very mysterious because she does not open a single word regarding her affair and relationship. She is very secretive and likes to keep her profile low. She is currently studying and she is busy in her carer, so she might not be interested to be in a relationship. However, she seems to be happy living her single life.

Who is Julia Goldani Telles?

Julia Goldani Telles is a talented American actress and ballet dancer. Julia is best known for her supporting role as Whitney Solloway on the Showtime original series ‘The Affair’.  Also, she is well recognized for her role as Sasha Tores on the short-lived ABC Family series ‘Bunheads’.

She was born on March 18, 1995, in Los Angeles, California, USA. She is currently 23 years old. Her father’s name is Edward Telles and her mother’s name is Ana Maria Goldani. She was born to a Mexican American father and Brazilian mother.

Julia holds American citizenship and her ethnicity is a mix of Brazillian and Mexican.

She attended Professional Children’s School in Manhattan, New York and later trained at the School of American Ballet and Ballet Academy East. She is currently studying at Columbia University.

Julia Goldani Telles began her career as a ballet dancer. She appeared in various ballet shows like ‘Don Quixote’, ‘Swan Lake’, ‘Nutcracker’. Unfortunately, she suffered from tendonitis and liberal tears in her hips so she had to take one year break from ballet dancing.

After that, she was introduced to an acting coach by her friend and he in turns, introduced her to an agent. She auditioned for the role of Sasha Torres in 2011 in the ABC Family series, ‘Bunheads’. She had to act experience before that but she was successful in her audition and worked in the series for 18 episodes. In addition, she featured in the music video by the Nat and Alex Wolf, ‘Greatest Prize’ in 2012.

She began her film career from the supernatural horror film, ‘Slender man’ in 2018 in which she played the role of Hallie. After that, she appeared in ‘Most Likely to Murder’, and ‘The Wind’ in 2018.

It seems Julia has not been awarded and nominated for her work till date despite playing so many films and television series.

Julia must have earned a huge sum of money from her career. However, she has not disclosed her total assets, salary, and income.

It seems she likes to keep her profile low and she has maintained her celebrity status. Therefore, Julia has not been involved in any types of rumors and controversies in her career.