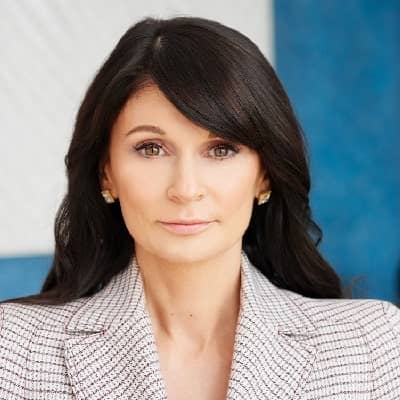 Is Julia having a divorce?

Julia Haart is married to Silvio Scaglia. Silvio is an Italian entrepreneur and billionaire.

Julia met her husband after she was hired at La Perla in 2015. Getting together for work their relationship blossomed into something more. The two got married in June 2019.

However, there was news of the divorce just hours after Julia was fired from Elite World Group.  Despite their split, the couple had been supportive of one another in their social media. Their divorce is not officially finalized now.

Julia was firstly married to Yosef Hendler. She was just 19 yrs that time. The couple together has four children: Batsheva, Shlomo, Miriam, and Aron.

Batsheva is a popular influencer and was married to Binyamin “Ben” Weinstein in 2012. They separated in November 2021.

Who is Julia Haart?

Julia Haart is an American fashion designer, an entrepreneur, and an author. She is working as the owner and former CEO of Elite World Group now.

Julia Haart is the co-founder of a holding company that controls the Elite World Group, “Freedom Holding.” Before that, she owned a namesake shoe collection, La Perla.

Julia was born on April 11, 1971, in Moscow, Russia. Her birth name is Talia Leibov. He holds an American nationality and Russian ethnic group.

Julia at the age of 3 leave Russia and went to Austin, Texas with her parents. Again they moved to Monsey, New York when Julia was studying in fourth grade.

Her father and mother were interested in a Haredi community and hence moved to New York. However, Julia wasn’t much fond of the community. The names of her parents are not disclosed although.

Julia attended a private school in Austin, She was only a Jewish student there. However, while she was in grade fourth, her family moved to New York.

After that, she attended  Bais Yaakov Academy in Brooklyn, New York.

In early 2003, Julia worked as a Judaic Studies teacher at Yeshiva Atlanta. She left the Haredi community and then went by the name Talia Hendler. The entrepreneur shares that she dealt with various mental health issues while leaving the community. She has even contemplated suicide.

Julia started her own professional life after leaving the Haredi community in 2013. The designer partnered with a ski boot engineer and a German company and founded a shoe company, Julia Haart. Her shoes were ultimately sold in 17 countries.

Likewise in 2016 Julia Haart collaborated with La Perla and was named the creative director for the brand. She has then worked in various fashion shows. Haart is popular for designing Kendall Jenner’s 2017 Met Gala Dress.

Julia Haart is the CEO and also the CCO of Elite World Group from March 2019. She is the creative director of e1972, which is a luxury fashion brand launched by Elite World. This collection received a lot of positive media attention.

Recently in Feb 2022, Julia was dismissed from Group CEO and was replaced by Paolo Barbieri.

Julia Haart is well known for the Netflix series My Unorthodox Life premiered in July 2021. It is a documentary and shows the professional and personal life of Haart in her role as CEO of Elite World Group, author, mother, and wife.

Julia has earned a decent net worth of around $8 million as of 2022. Being the founder of such a renowned company, her earnings range in millions.

Talking more, her husband Silvio Scaglia is an Italian billionaire.

Julia Haart hasn’t round-faced any big rumors. Instead her show, My Unorthodox Life was criticized by many Jewish community members.

Likewise, Julia was on the news headlines recently in 2022 after her husband Silvio filed for divorce. According to the sources, Silvio is suing Julia and claims she stole $850,000 after she was fired.

Julia Haart has an average height of 5 feet and 5 inches. Her body mass is around 50 kg.  Similarly, she looks beautiful with black hair and hazel eyes. Her shoe size is 6.5 (US).

Julia has accumulated over 424K followers on her Instagram account. She often posts various pictures with her family members and travels.

Julia joined Twitter in July 2019 and has more than 4K followers now. Likewise, her Facebook page also has over 31K followers.