Julia Keys opens up about her ex-husband Richard Keys’ infidelity and it’s impact on their daughter Jemma!

Updated On October 12, 2022 | Published By: shahid | In Affair , controversy , Lifestyle , Relationship
Share this 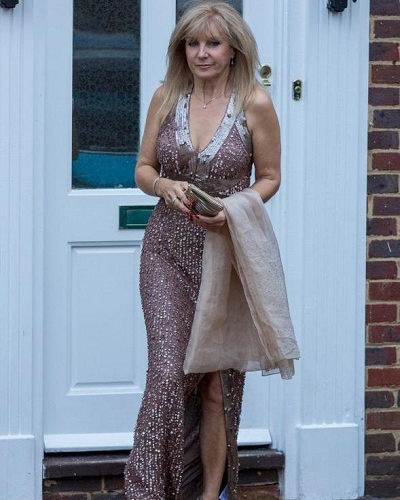 The ex-wife of former Sky Sports presenter Richard Keys is Julia Keys and she has now opened up about Richard’s infidelity and how it badly affected their daughter actress Jemma Keys.

Jemma Keys felt rejected and cheated and took to heavy drinking. It has reached a level where the mother now fears for her daughter’s life.

Richard Keys and his cheating and an extra-marital affair

It is said that Richard, 61 had an affair with Jemma’s best pal and lawyer Lucie Rose, 30. He was leaving in Doha Qatar and working for Al Jazeera Sports.

He was fired from Sky Sports in 2011 for his sexist remarks on air. Lucie and Richard both are residing in Doha in Qatar. Their affair came to light in 2016.

Julia Keys talks about her daughter Jemma Keys and her drinking

The father blamed his daughter Jemma for his divorce from her mother Julia. He refused to accept that he cheated on his wife. He even when on to say that Lucie never was Jemma’s friend.

Julia said that their daughter is struggling to cope with all this insult and sudden change in her life. She has taken to heavy drinking and risks killing herself due to it. Julia said:

“Many, many times I have laid in bed planning Jemma’s funeral. I have it word by word in my head because she has come that close,”

Julia’s 36 years of marriage had crumbled and the shocking turn of events led to Jemma turning to alcohol for solace. Julia said:

“Jemma is massively angry and hurt about what happened between her dad and her old friend.
“She suffers hugely with alcoholism. She’s a lovely girl but it’s been a massive challenge for me, for her, for her father. I always worry she could be one more drink away from death.”

Jemma and her health

Jemma, 34 is into heavy drinking and consumes over three bottles of wine and spirits. She has been on life support thrice already and the last one was two months back. Julia said:

“Seeing your daughter on a life support machine is devastating. The last time I saw that was just eight weeks ago. It breaks your heart.”

“Rejection is often a trigger for Jemma to drink, She felt — and still feels — like she was being replaced by Lucie because of her age. She was a daddy’s girl.”

What does Jemma have to say?

Jemma is heartbroken. She said:

“I wish addiction upon nobody. It ruins your family, your friends and most importantly yourself.”

Jemma has cut down her drinking after learning that her mother’s thyroid cancer for which she took treatment in 2011 is back. Julia said:

“I was devastated. Jemma was very upset, she felt guilty. I think she’s stopped ­drinking because of my news.”

Richard and his regret

Richard has voiced his inner self in his book. He wrote:

He said that it was their differing opinion on their daughter Jemma’s management that drifted them apart. He wrote in his blog:

“Sadly my daughter’s problems have haunted our family for 15 years or more. Those that know us well would tell you that we have tried everything to help her. We’ve spent in excess of £250,000 on rehab. I have never come up short on family matters.
Jemma’s issues are at the core of my marriage break-up. My wife and I disagree on her treatment. Quite simply – I refuse to ‘enable’ her with her problems any further. Those with addictions will understand what I mean.”

Also read Lyrica Anderson and A1 Bentley expecting a baby together! Know about the family feud, cheating scandal and relationship!