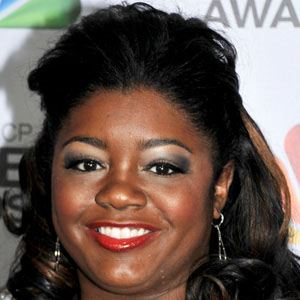 What is the relationship of Julia Pace Mitchell?

Who is Julia Pace Mitchell?

Julia Pace Mitchell is an American stage, film, and television actress who is best known for her appearance as Sofia Dupre on the CNS television soap opera ‘The Young and the Restless.

She was born on February 10, 1978, in Los Angeles, California, USA. Her birth name is Julia Annette Mitchell and she is currently 44 years old. Her father’s name is Don Mitchell(actor) and her mother’s name is Judy Pace(a former actress).

She is the stepdaughter of Curt Flood, niece of Jean Pace and Oscar Brown Jr., and younger stepsister of Curt Flood Jr. Julia holds American citizenship but her ethnicity is African-American.

Talking about her education, she attended Hamilton High School Music Academy and graduated from Howard University with a BFA.

She portrayed the character Jan in The Notorious B.I.G. biopic, ‘Notorious’ opposite actor Jamal Woolard who portrayed the main title character. Later, she appeared on the soap opera ‘The Young and the Restless in which she portrayed the role of business executive, Sofia Dupre. She appeared in the series for the first time on July 19, 2010, and she was taken off her contract in September 2012 and bumped to recurring having made no appearances since then.

Her father, Don Mitchell was best known for his appearances in the NBC television series ‘Ironside’ from 1967 to 1975 and his character Ed Lawrence on the CBS daytime soap opera ‘Capitol’.

She was nominated for NAACP Image Award for Outstanding Actress in a Daytime Drama Series for her work in ‘The Young and the Restless’ in 2011, 2012, and 2013.

She must have earned a decent sum of money from her career however, she has not revealed her exact salary and income. As of 2022, her estimated net worth is $18 million 2022.

She has been successful in maintaining her celebrity status and she is free from rumors and controversies in her personal and professional life.

She has a height of 5 feet 7 inches and she weighs 65 kg. Julia has black eyes and black hair. But, other information regarding her body measurement, shoe size, dress size, etc. is not available.