BBC reporter Julia Somerville is married and a mother of two. 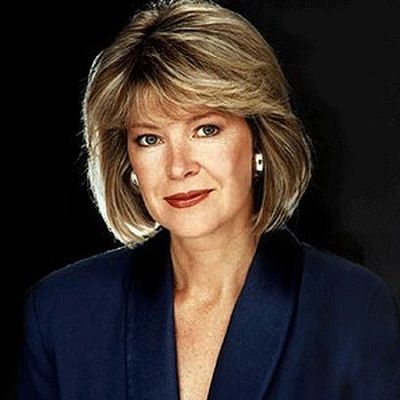 As I still regularly present news programs for the BBC - and news presenters are obliged to be impartial - it's probably better if I keep most of my opinions to myself. However, based on my experience filming with Rip-Off Britain, and hearing first-hand people's deep upset at the way some things are, the first thing I'd do would be to look at the growing disparity between the very rich and the rest of us.

Julia Somerville has been married three times. She was married to Stephen Band from the year 1970 to 1975. Similarly, she married Ray Gowdridge in the year 1984. But their marriage did not work out so they divorced in the year 1992.

Who is Julia Somerville?

Julia Somerville is an English television newsreader. She has worked as a reporter on BBC and ITN News Channel. She is the winner of the Order of the British Empire in the year 2013 for services to art.

Julia was born on 14th July 1947 in Wells, Somerset, England. She is the granddaughter of James Fownes Somerville. Her grandfather is the Admiral of the Fleet Sir of Dinder House in Somerset.

Her grandfather was a Royal Navy officer who served in the First World War as a fleet wireless officer for the Mediterranean Fleet.

Similarly, he also served in the Second World War as commander of the newly forced Force H. There is not much information about the family of Julia. She belongs to British nationality.

Julia started her education at Airthrie Preparatory School in Cheltenham followed by Headingtold School in Oxford. In the year 1969, she completed graduation in BA English Literature from the University of Sussex.

Julia joined publisher IPC working on “Homes and Gardens” magazine which is a Women’s Journal the PR section of Women’s Own. Similarly, she was the editor of a computer group’s house magazine. In the year 1972, she joined BBC as a sub-editor in the radio newsroom. In the year 1978, she became a reporter.

Likewise, she became a Labour Affairs correspondent and joined BBC Television News in the year 1983 to become one of the most recognized faces on television. In the year 1987, she moved to ITN. She co-presented the Lunchtime News and also deputized as presenter of News at Ten.

Between the years 1999 and 2001, she presented the daily LBC radio show London Life which is a two-hour program devoted to interviews with diverse artists. Due to her interest in painting, she became a member of the judging panel for the National Portrait Gallery’s BP Portrait of the Year. Not only that she served as a judge for several years on the RIBA Annual Architecture Award Panels.

She came back to news reporting as a presenter on BBC News in the year 2010. In September 2017, she was one of the contestants on Celebrity Masterchef on BBC1.

She was announced to receive an OBE for services to art as part of the Queen’s Birthday Honours on 15th June 2013. Similarly, she received an award in recognition for her work chairing the Advisory Committee on the Government Art Collection.

The estimated net worth of Julia is around $1.4 million.

In August 1992, she was diagnosed with a brain tumor. She was having a nagging headache that persisted all day. The next day, her problem started getting serious and she was surrounded by doctors when she woke up. She has a tumor growing out of her brain near the optic nerve.

The size of her tumor was like that of a small orange and she was admitted to the hospital. After spending 12 days in hospital she was allowed to go back home. As time passed by she recovered and became more familiar with the disease which helped her in recovering.

Allegations on Julia and her arrest

In the year 1995, Julia and her husband Jeremy Dixton was arrested by the Metropolitan Police. It was after the photos were sent to be printed at Boots the Chemist in London. The photos were of her daughter who was without clothes in a bathtub. The police were waiting for her at the Boots when she came to collect the print. Her house was searched as well but nothing was seized. Later the allegations were dropped.

Julia has a height of 5 feet 10 inches and has a decent weight. Her hair color is blonde and she has green color eyes.