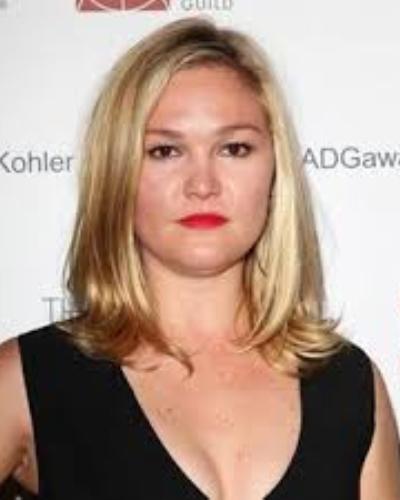 American actress Julia Stiles is pregnant! She is expecting her first child with fiancé and camera person Preston J. Cook. This great news was revealed by one of her rep to US Weekly. The expected delivery is due at the end of this year. Julia Stiles is having the pregnancy glow on her face.

On 12th June 2017, Julia Stiles showed off her baby bump in a fitted black dress after her interview with Magic FM’s Nick Snaith in London. She was in London for the promotion of her latest project, Riviera’. This is a 10-part thriller series which will premiere on UK’s Sky Atlantic on 15th June 2017. Julia Stiles plays the role of an art curator named Georgina in this series. Georgina’s life is turned upside down after her husband gets killed in an explosion aboard a yacht in the French Riviera.

Their meeting and engagement

The couple had met on the set of the film ‘Go with me’. Preston J Cook was working as a camera assistant on the film. The couple started dating and he got down on one knee in Isla Grande, Colombia. They then got engaged on Christmas Eve 2015. She announced this happy news on her Instagram in January 2016 and posted a photo of her engagement ring. She captioned this photo as:

She had also shared a photo on her Instagram with her holding Preston’s hand against the backdrop of the ocean and a pretty sunset. She told People:

‘That’s where we got engaged.’

“All around, it was a really wonderful trip. We stayed on an island that was really beautiful and there was a lot of great snorkeling. The city was really nice, too, but because I live in the city the natural scenery was really great.”

In July 2016, Julia Stiles was on ‘Live! With Kelly’. On this show, talking about her proposal, Julia Stiles said that his marriage proposal had come as a surprise to her since she did not want to get her hopes high unnecessarily. She, however, had her suspicions that he might ask her the question.

“We had had a conversation waiting for an elevator one day, where he was randomly like, out of nowhere, ‘With jewelry, you don’t really wear silver or platinum. You’re more into gold,’”

Surprised about the content of his conversation, Julia Stiles wondered:

“And then I went, ‘What is up with this conversation?’”

You may like to read Priyanka Chopra moves ahead in Hollywood: Know details about her newly launched American movie!

12. She has been air traveling at least once per month for the last year.

13. She had sung with Prince on stage. He had given her the tambourine which she cherishes

15. She was in elementary school with American film and TV actress Gaby Hoffmann whom she later directed.

16. She claims that she is good at UFC 2 at play station.

17. She was unaware of her Golden Globe Award nomination for Dexter until she got back to Miami from Cuba.

18. American actor Robert De Niro had given her a book on modern art. His father and Julia’s mother are both painters.

20. She had to ask for extra pages for her passport since all the passport pages were filled.

21. She knows the movie Clue by heart

22. Due to her acting commitments, she took five years to finish college.

The couple welcomed a baby boy on November 21, 2018. She revealed it by sharing a picture with the caption,

“Strummer Newcomb Cook, born October 20, 2017. Thanks and ever thanks to the extraordinary Doctors, Nurses and staff at Mount Sinai for helping bring this utter joy into our lives.

Strummer Newcomb Cook, born October 20, 2017. Thanks and ever thanks to the extraordinary Doctors, Nurses and staff at Mount Sinai for helping to bring this utter joy into our lives. ❤️✨ "Hello, World!"

Also read Claire Danes pregnant with her second child. Wedded secretly with her husband Hugh Dancy in the year 2009

Karlovy Vary International Film Festival Award winner Julia Stiles is an American actress who is active in the entertainment field since 1993. She is best known for her appearance in Rivera, Blue, Dexter, Silver Linings Playbook, State and Main, and Wicked. More Bio…