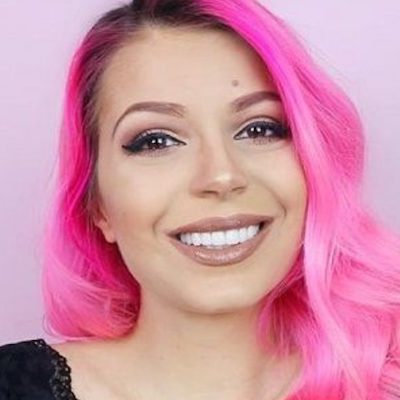 What is the relationship of Julia Zelg?

Julia Zelg is a Lesbian and her relationship status is married. She met her future wife Eileen De Freest-Sellge via Tinder.

She posted that she is in an affair in Sep 2018 and a week later, she introduced her girlfriend. Due to their 37 years of age difference, this couple shortly became a highlight. Top sites such as The Sun, and Daily Mail. and The Mirror wrote about their love story.

Besides getting criticism from some people, Julia and Eileen walked the aisle on 08 June 2019. Her present spouse is a web star and an LGBTQ activist, writer, plus BBC Radio political pundit.

Recently, they celebrate their two years of being married. Julia posted a series of pictures of their wedding with a loving caption.

Who is Julia Zelg?

Julia Zelg a Brazilian-Portuguese singer and songwriter. She has sung songs like Judge Me, Love Potion, Therapy, etc.

Also, she is popular on social networking sites for her pastel goth style and brightly colored hair.

Her birthdate is 07 July 1994 and she was born in Sao Paulo, Brazil. The name of her mother and her father is not available.

But her mom often appears on her social media posts. Her siblings details is missing,

Julia’s ancestry is Brazilian and as per her academics, she went to the University of London to study music. She achieved Bachelor’s degree in music in July 2019.

Julia Zelg has got an amazing voice which can be seen in her songs. Her EP Love Potion was loved by her fans. Its tracks such as Twisted, Alive Again, and I’m Done with Love also appreciated by the public.

Her other hit singles are Judge Me, Who Is Crazy Now? I’m Dine With Love, etc. In 2021, she released her debut album titled Wild.

Besides singing, Julia Zelg is also a YouTuber. She has gained more than 289k subscribers and her account was created on 08 May 2010. On this, she uploads videos related to hair and makeup tutorials, DIY videos, plus personal vlogs.

Some of her most-watched videos are Rating My Wife’s Bikinis, Loungewear Try-On Haul (Feat Fashion Nova), My New Favorite Sex Toys, and more.

What is the net worth of Julia Zelg?

Her net worth is estimated at around $500 thousand as of 2022. However, her salary and other earnings are unknown.

This musical star Julia Zelg is keeping herself away from rumors and is also not surrounded by any desperate scandals.

But her affair and wedding with a much older woman was the highlight of the entertainment industry.

What are the body features of Julia Zelg?

Regarding Julia Zelg’s body features, her height is 5 ft 5 inches and her body weight is 53 kg.

Moreover, her eyes are dark brown with hair in dark brown color. Her skin complexion is fair and she has a waist of 22 inches.

On the TikTok platform, she is followed by more than 7.1k fans.