Wikileaks founder Julian Assange is in a London jail after his capture from Ecuador embassy in London where he was holed up to avoid the law. Now, a group of 60 doctors from various countries have expressed their worry about the well-being of Julian. They have opined that his physical and mental health is fragile and he may die in prison. Hence, they have requested that they should shift him from the prison to a well-equipped hospital for further and better care.

The doctors’ report on Julian Assange and his poor health

Sixty doctors from the United States, Australia, Britain, Sweden, Italy, Germany, Sri Lanka, and Poland assessed the harrowing accounts of eyewitnesses of his court appearance in London on 21 October 2019. Furthermore, they also looked into the 1 November report of United Nations special rapporteur on torture, Nils Melzer.

And they wrote an open letter to British home secretary, Priti Patel. They implored her to shift Julian from the high-security Belmarsh prison, Southeast London to a university teaching hospital.

Earlier, Nils had said that Julian has an exposure to continuous arbitrariness and abuse and this may cost him his life.

The 16-page open letter of the doctors

The doctors put up a letter of 16 pages which read:

“We write this open letter, as medical doctors, to express our serious concerns about the physical and mental health of Julian Assange,”

They feel he is not in the health and mental condition. And cannot go through the extradition trial which will take place in February 2020. Additionally, they further wrote:

“Mr Assange requires urgent expert medical assessment of both his physical and psychological state of health,”

“Any medical treatment indicated should be administered in a properly equipped and expertly staffed university teaching hospital (tertiary care).

“Were such urgent assessment and treatment not to take place, we have real concerns, on the evidence currently available, that Mr Assange could die in prison. The medical situation is thereby urgent. There is no time to lose.”

Julian appeared confused and frail in the October hearing for his US extradition. Besides, he could not even remember his date of birth. Furthermore, he complained about his living conditions in the jail and told that he did not comprehend what went on in the court.

Julian Assange and the case against him

Julian Assange has an accusation of leaking confidential military and diplomatic information. This was in 2010 and of the US bombing of Afghanistan and Iran. He has an espionage case against him in the USA. But the Australian, 48 is fighting against the US. They plan to bring him to the USA from London.

There was a case of rape against him in Sweden. But they have said that they have decided to drop the charges though the alleged victim’s claims seem credible. 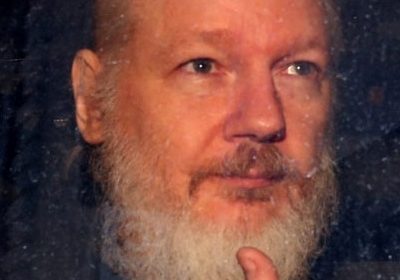