Julian Dennison is a young New Zealander actor known as Ricky Baker in Hunt for the Wilderpeople. He is possibly single.

Julian is currently assumed to be single. There are no past or present relationship rumors, gossip, or any kind of linkup of him yet. He wants to keep his personal life private and uptight. If any girl he will meet in the near future, hope he will open up and we have something to buzz about. 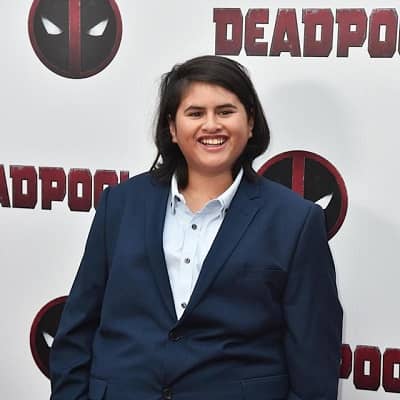 The hardest thing is when you're in public, and you need to go to the toilet, and someone asks for a photo. And their phone is either flat, dead, or they've turned it off completely. You're trying to rush to the toilet, and they want your autograph - and I hate saying no, I feel so bad.

As a young Maori actor, I don't want to be seen as a child star

I want to be seen as a serious actor and an actor who can change the world.

Who is Julian Dennison?

Julian Dennison is a young New Zealander actor known as Ricky Baker in Hunt for the Wilderpeople.

Furthermore, Julian is also popular for his brief appearance as “Firefist” Collins in the 2018 film ‘Deadpool 2.’

Julian Dennison was born on 26 October 2002 and he hails from Lower Hutt, New Zealand. Currently, he is 19 years old.

His parents are Wayne Dennison and Mabelle Dennison. He grew up with his twin actor brother, Christian Dennison, and a sister, Laurel-Jean-Dennison. Likewise, he got his first role at the age of 11 in the film, Shopping.

He is of Māori descent and is a member of the Ngāti Hauā iwi tribe. Furthermore, he holds citizenship in New Zealand. Talking about his education, he attended Naenae Primary School and later enrolled in Hutt International Boys’ School in Upper Hut.

Julian Dennis started his acting career in the film, Shopping (2013) at the age of 11. After that, he appeared in Paper Planes as Kevin the next year.

However, he got attention as Ricky Baker in Hunt for the Wilderpeople in 2016. Later, he perfectly executed the role of “Firefist” Collins in ‘Deadpool 2′ in 2018 which adds more limelight among the kids as well. His other notable performances include ‘Céline Dion: Ashes’, ‘Aroha Bridge’, ‘The Strange Chores’, ‘The Christmas Chronicles: Part Two’, and ‘Godzilla vs. Kong’ among others.

Moreover, he has also appeared in several commercials for Lynx and Air New Zealand, and NZ Transport Agency. Since 2019, he has been lending his voice to the character Pierce in The Strange Chores.

Of all his marvelous performances, he has won New Zealand Film Award in 2013 and 2017 along with the other 4 nominations.

Julian has an estimated net worth of around $500K as of 2022, which he accumulated from his acting career.

Dennison stands 5 feet and 5 inches tall and weighs around 75 kg. However, his body might vary a little if he is still in his teens. His both hair and eyes are dark brown. He has a chubby body shape.