Julianne Phillips is an American model and actress. Julianne is a divorcee. 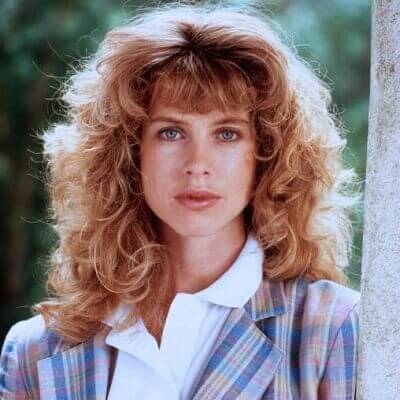 Actually, Bruce [Springsteen] taught me about introspection. I think that's an incredible gift. I can really look inside myself. And you know what? I like what's inside. And it's taken me a long time to say that.

Im a popcorn fanatic. No matter how full I am, I can eat popcorn.

Previously, she was married to American rockstar, Bruce Springsteen. The couple met in the early 80s. She had featured in just two movies back then whereas Bruce was one of the most popular musicians on the planet.

Springsteen watched her movies and offered her a role in one of his music videos. She accepted and featured in the music video of ‘Glory Days’. Since then, the couple got close to each other and eventually started dating.

After less than a year of dating, Bruce proposed her and she accepted. Springsteen was 11 years older than her. At the time of their marriage, Julianne was 25 and Bruce was 36. The couple exchanged wedding vows on 13th May 1985 in the presence of close friends and family. However, after three years of marriage, the couple got divorced in March 1989. The couple did not have any children from their marriage.

Phillips initiated the divorce citing irreconcilable differences. However, Bruce’s affair with Patti Scialfa was also one of the reasons. He later married Patti and is still married to her today.

After her divorce, she has remained single and unmarried.

Who is Julianne Phillips?

Julianne Phillips is an American actress and model. She is well-known for her work in the TV series, ‘Sisters’ and also as the first wife of American rockstar, Bruce Springsteen.

Julianne Phillips was born on May 6th, 1960, in Evanston, Illinois. As of 2020, her age is 59. She was born to parents William Phillips(father) and Ann Phillips(mother).
Her father was an insurance broker and her mother was a housewife. She has born as the sixth and the youngest child of her parents. She has one older sister and five older brothers.

Her family was middle-class and very religious. They followed the rituals of Roman church rituals. From her childhood days, Julianne was the most loved and pampered. As a kid, she has revealed that she was not very fond of the idea of religion and kid.

Her family moved to Oregon after her birth and she spent her childhood days there. She was not very fond of studies but enjoyed playing sports. Her ethnicity is Caucasian.

Talking about her education, she went to Lake Oswego High School. Following that, she obtained higher education at Brooks College.

What is Julianne Phillips Worth?

Julianne Phillips has an estimated net worth of around $40 million. She earned this sum in the 80s and 90s as a model and actress. She was a very well-known model and actress in the two decades.

Moreover, she also gained widespread fame and recognition as the first wife of one of the biggest rock musicians in history, Bruce Springsteen. Her divorce was also an expensive one as Bruce had to give her $30 million to settle the divorce.

Julianne Phillips moved to Manhattan to pursue a career in modeling. In 1982, she started working with Elite Modelling Agency. She started earning a lot of money and earned around $2k a day at that time for modeling. Well-known as a ‘perfect ten package’ by the modeling agencies, Phillips soon worked with almost all of the major modeling houses in the city of New York. After a successful stint as a model for a couple of years, she wanted to try acting and went to Los Angeles.

In 1984, she made her film debut in the movie, ‘Summer Fantasy’. Following that, she appeared in another movie called ‘His Mistress’. Her work in these two movies attracted the attention of American musician, Bruce Springsteen and he offered a chance to feature in one of his music videos, ‘Glory Days‘. From there, their relationship started which would end up in getting married and divorcing after a short time.

After the two movies, she appeared in other movies in the 80s including ‘Odd Jobs’, ‘Skin Deep’, and ‘Sweet Lies’.

In 1990, she bagged the role of Frankie Reed in TV Show, Sisters which eventually became her most well-known work. The show also became a huge hit. When she was at the height of her career, she was fed up with the entertainment industry. She did two more movies in the late 1990s, ‘Allie and Me’ and ‘Colin Fitz Lives’ and ended her acting career.

Her last acting appearance came in the TV movie, ‘Tidal Waves: No Escape’. In 2014, she appeared in a special edition of Entertainment Weekly where she reunited with her ‘Sisters’ co-stars.

Phillips stands at a height of around 5 feet 8 inches. She weighs around 58 kg. Her body measurements for breasts, waist, and hips are 34-24-34. She has blonde hair and blue eyes.

She has not been involved in any controversies. Similarly, there are no rumors about her.

You may also like to read the Bio, Career, Net Worth, Relationships, Social Media, and more about Bruce Springsteen, Tamera Mowry, Cyndi Lauper, and more.