Updated On November 15, 2022 | Published By: Selina shamp
Share this
Widow 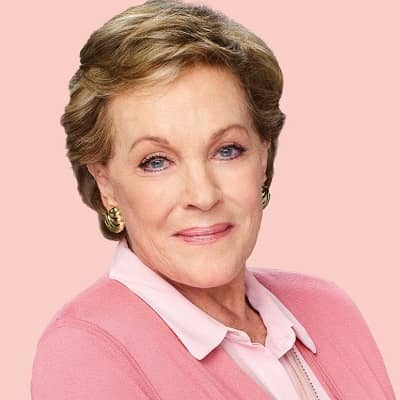 What happend to Julie Andrews husband?

Who is Julie Andrews?

Julie Andrews is a multi-award-winning English actress, singer, and author. Andrews was made a Dame by Queen Elizabeth II on the Millenium New Year’s Honours List on December 31, 1999, for her marvelous journey which surprisingly lasted for 75 years.

Additionally, she was made a Disney Legend in 1991, following an Honorary Golden Lion and the AFI Life Achievement Award.

Andrews in 2021, has given the voice of Lady Whistledown, the scandal sheet writer in the Netflix series Bridgerton. The lady has got the same zeal and enthusiasm even in her mid-80s, that’s inspiring.

She was born Julia Elizabeth Wells on 1 October 1935 with the zodiac Libra in Walton-on-Thames, Surrey, England. The 86 year old legendary diva is Caucasian by ethnicity and holds British nationality.

Andrews has made her father Edward Charles Wells and Barbara Ward Wells proud with her turning into a responsible and renowned celebrity.

Eventually, she did inspire her siblings, Christopher Stuart and Celia Wells throughout her journey. Her parents separated during World War II.

Andrews learned that she was born from her mother’s affair with a family friend in 1950 but the truth came out in public through the 2008 autobiography. Meanwhile, she has a terrific childhood experience, chaotic family life where her stepfather came home drunk and try to get her to bed twice.

Further, she has not disclosed information about her educational background to the media yet, even from the last 75 years of fame.

Andrews made her Broadway debut at age 19 in the musical The Boy Friend after a few appearances on the British stage. She then landed on one of her greatest hits in Broadway history, My Fair Lady.

Most recently, Andrews has given a voice in the 2022 Minions: The Rise of Gru, and also in The Kings Daughter(2022). Her 4-octave soprano voice gave her many opportunities. She has undergone throat surgery in 1997.

How much is the net worth of Julie Andrews?

The veteran actress has a whopping net worth of $30 million. She has had million dollar salary in her career hit days. Further, she has had a luxurious lifestyle with her immense wealth but still was humble to others.

Recently on March 30, 2022, there was a rumor that Andrews passed away at the age of 86. The fans wrote on Facebook, Instagram, and Twitter expressing grief but the news turned out to be a hoax. She might have engaged in a few controversies within her journey to fame.

What are the body features of Julie Andrews?

Andrews has grown even more beautiful with the age, the level of maturity, her blue eyes now are more intense with the vision she dragged over years. She has had a decent height of 5 feet and 8 inches and average body weight. She preferred her brown hair short which suit her fair skin.