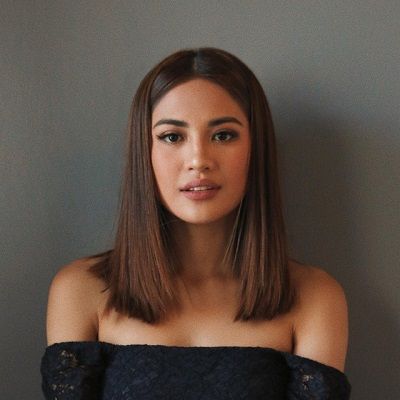 What is the relationship of Julie Anne San Jose?

She previously dated Benjamin Alves. He is also a Filipino actor and model. They had a strong relationship for two-years.

It was rumored in November 2018 that they had a bitter separation.

Who is Julie Anne San Jose?

She was awarded the Diamond Record Award from the Philippine Association of the Record Industry for her album Julie Anne San Jose.

Her father is a computer operator and her mother is an instructor and both are of Filipino descendence.

When she was two and a half years old, she sang Donna Cruz’s version of Habang May Buhay. After that, her mother enrolled her at the Center for Pop Music when she was three.

In the year 1998, she competed in Eat Bulaga’s Little Miss the Philippines where she became the first runner-up.

Similarly, she competed in Magandang Tanghali Bayan’s Munting Miss U where she won the third runner-up.

In the year 2005, she joined Popstar Kids hosted by R&B singer-songwriter Kyla. She did not win the grand prize but became part of a Sugarpop.

Likewise, she did various OST for Kapuso teleserye’s and shows which include Hit Fanstaserye of Marian Rivera’s Dyesebel; Aking Mundo and Siya Na Nga Kaya.

Furthermore, in the year 2008, she made her acting debut on GMA Network’s afternoon soap Gaano Kadalas and Minsan?

She appeared in a TV advertisement also.

In the year 2010, she joined the replacement show Party Pilipinas as a solo artist. She was able to showcase her singing, dancing and acting abilities onstage. Similarly, she was paired with the son of rapper Elmo Magalona.

Her career took a new turn when she joined GMA-7’s Party Pilipinas. The video of her rendition of Nicki Minaj‘s Super Bass went viral. After that, she became one of the most popular young singers in the Kapuso block.

Likewise, she was included in the Top 10 Worldwide List ‘Top 10 Women to Watch’ by the Women Leaders’  Center in collaboration with Arc Media Global.

She has starred in five short films which are the Red Mask Trilogy and Yellow Note 1 and 2, and the short musicals, Blue Jeans The Musical (2011), Elmo and Julie Anne: A Wazak Love Story (2012), and Status: It’s Complicated (2013).

After doing multiple support rules, she landed on a lead role on the weekly show Together Forever.

Likewise, she debuted as a movie actress through GMA Films’ romantic summer film Just One Summer.

She signed a recording contract with GMA Records in February 2012. After six months she released her eponymous debut album, Julie Anne San Jose, which later received numerous awards and is now a certified Diamond Record awardee.

Similarly, “I’ll Be There” remained only a single certified quadruple platinum by the Philippine Association of the Record Industry (PARI).

She released her second solo studio album, entitled Deeper via iTunes worldwide and spinnr.ph in June 2014.

She replaced Isabel Oli in GMA News TV Day Off.

Her first solo concert was in the year 2013 at the Music Museum in Greenhills, San Juan City.

Similarly, in November 2016 she was back at the concert scene after five months celebrating her successful 10th-anniversary Concert.

When she graduated from UST Angelicum College in May 2016, she also celebrated a decade in showbiz.

She released her third solo studio album in 2016 named Chasing the Light.

In the year 2018, she started her year with a Sold Out Intimate Concert at Music Museum.

She is proud to present Breakthrough which is her first album with Universal Records. Likewise, she became a part of the Gary Valencianos Advocacy album.

Furthermore, in October 2018, she became the Lead in the New Musical Variety Show of GMA Network.

The estimated net worth of the Filipina singer is around $5 million. Her net worth in Philippine peso is around 252,450,000.

She is a brunette with hazel brown eyes. She has a height of 5 feet 5 inches. She talked about crashing a diet to lose weight.

You may also read the age, career, awards, net worth, body measurements and social media of Zhavia Ward, Carly Simon, and Robbie Williams