Soccer player Julie King is low-key about her present affair.

Meghan and Jim have twin boys with and Julie posts their pictures on Instagram. 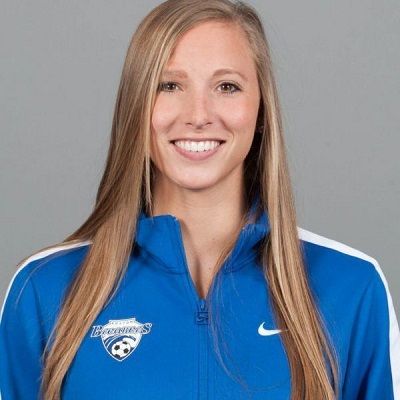 Who is Julie King?

Julie King is an American soccer player. Julie plays as a defender for the Orlando Pride in the National Women’s Soccer League.

She is among the 2007 All-Midwest honorable mentions. Currently, Julie plays for the Orlando Pride since October.

Julie O’Toole King was born on 21st October 1989 in St. Louis, Missouri. She is the daughter of Kevin King and Julie King.

She has three siblings, RJ King, Caitlin O’Toole King, and Megan O’Toole King. RJ King is a model, Caitlin King is also a model and former Amazing Race contestant and Meghan is a reality TV personality.

After that, she attended Auburn University in Auburn, Alabama, US, and majored in interdisciplinary studies.

In March 2013, she signed up with Breakers as a discovery player. She started all 21 games she appeared in and logged 1,862 minutes.

Likewise, her first professional career goal was on 27th April 2014.

On 30th January 2018, she was selected by North Carolina Courage as the number 9 draft pick in the Breakers Dispersal Draft.

On 18th July 2019, she was released without making any appearance for the team.

Currently, on 8th August 2019, she signed up with Orlando Pride and made her debut for the team after two days.

She is a hazel-blonde. She is 5 feet 9 inches tall.