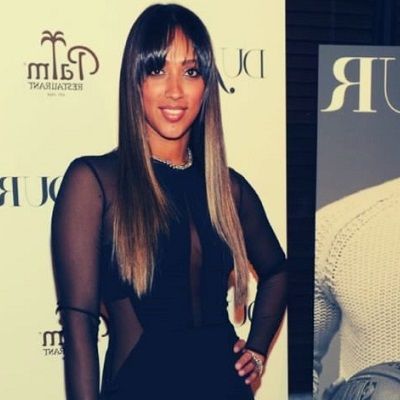 Paul has a daughter, Janaiya with his former wife actress Dana Davis.

Who is Julie Landrum?

Julie Landrum is an Amerian interior designer and philanthropist. She is best known for an Elle Décor A-List Designer and marrying NBA player Paul Pierce.

This interior designer was born on February 24, 1983, with the birth name Julie Patricia Landrum, in Saint Louis, Missouri. She belongs to All-American descent.

She graduated from the Fashion Institute of Technology with a two-year degree in fashion buying and merchandising before deciding to pursue interior design.

She studied interior design at New York School of Interior Design and graduated with a BA in 2005. Julie attended graduate school at Rhode Island School of Design, where she earned her MFA in Furniture Design in 2007.

In 2009, she founded her interior design business. She has decorated private homes across the United States and Canada. In 2010, Julie was named one of the three new design team members of ABC‘s Extreme Makeover: Home Edition.

She has designed furniture and wallcoverings for Fabricut, fine china for Pickard China, furniture and upholstery for Century Furniture, carpet for Stark, home fragrances for Agraria, and framed decorative art for Soicher-Marin.

Besides, she received Elle Décor’s Vision Award in 2011, the Timeless Design Award from the Royal Oak Foundation in 2012. In  2013, Circle of Excellence Award in Interior Design from the International Furnishings & Design Association (IFDA)

In New England, she funded various organizations and charities. Patricia founded a mentorship program called ‘Children of Our Future Inc‘. Her program promoted the upliftment of children, families, and the community. Along with her husband, she has produced and sponsored numerous events.

She served Thanksgiving meals to less fortunate New England residents to bringing holiday cheer to underprivileged children through the ‘Annual Christmas With Pierce & Children of Our Future’ program.

Also, she has family members serving in the military, displays an unwavering commitment to support American troops and veterans, by leading in organizing both the ‘Paul Pierce Presents Home Strong Celebrity Gala‘ and the ‘Welcome Home‘ Veteran’s Day Ceremony in Boston.

In conjunction with the Safe Space Organization, the Boston Police Department and the Boston Celtics, Pierce co-sponsored the 4th Annual Domestic Violence Awareness Walk and Expo to raise awareness and eliminate domestic violence in her surrounding community.

The salary of this designer is under review, we will update you as soon as we get the information.

Meanwhile, according to some sources, she along with her husband has an estimated net worth of $70 million.

There are no rumors and controversies about this artist, as she has kept her personal life secret and private from media. Meanwhile, Landrum has managed to keep herself out of any rumor and controversy.

She is doing well in her career.